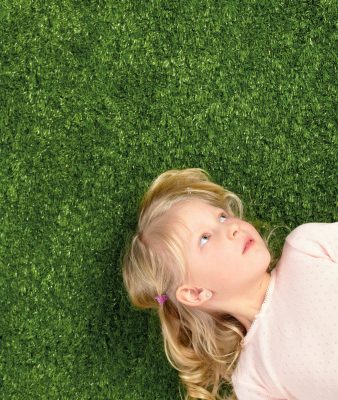 With the warm weather finally upon us, green thumbs nationwide are gratefully donning their gardening gloves to reclaim lawns from a long winter and over-grown weeds. Many are rushing to gardening centers and stocking up on sprays and mixes to kill weeds for good. But before you begin applying that first coat of herbicide to rid your lawn of weeds, it is imperative that you be informed of the real damage that you could be causing. For that spray that you happily spread on your grass isn’t only capable of killing weeds; it is also a toxic and lethal poison that can have serious, irreversible and long-lasting health effects on you, your children, and several generations to come.

Every year, countless lawns, gardens, parks, farms and golf courses are sprayed with pesticides to kill off weeds. The most commonly used chemical pesticide is known as Roundup®, which is produced by the agricultural and biotechnical giant Monsanto. Monsanto is notoriously known for manufacturing Agent Orange, a chemical which had lasting, health-impairing effects on thousands of people some years ago.

Roundup®, Monsanto’s more recent chemical invention, has been more widely embraced by both private and commercial sectors. In 2007, as many as 185 million pounds of Roundup’s® key component was sprayed all around the United States, and its rampant use still continues today.

Rounding Up The Evidence

There are two main factors as to why Roundup® is so popular. First, Roundup® contains the active ingredient glyphosate, which is thought to be safer than other commonly used pesticides. Second, Roundup® is especially popular since many crops have been genetically engineered to be resistant to this pesticide, which allows them to survive while only the weeds are killed off. These two factors make Roundup® the ideal solution to keeping our lawns free of weeds and our farms flourishing and productive.

For many years, Monsanto confidently alleged that Roundup® was practically nontoxic to humans. As such, it was freely sprayed in abundance onto lawns, parks, and the farms that produce our food. Monsanto’s scientific backing for unregulated use of Roundup® was so convincing that almost no testing was done to see if the pesticide has been showing up in our food.

However, with new research coming to light, it has now become clear that most of us have been ingesting this toxic pesticide for years. To make matters worse, scientists are now uncovering why exposure to Roundup® does matter after all—and it turns out that it could actually be a matter of life and death.

Scientists at MIT recently released a study that explains exactly how Roundup® is harmful to our bodies. They found that glyphosate, a chemical in the pesticide, is quietly attacking the “shikimate” pathway, found in the bacteria of our digestive system. By killing off these bacteria, Roundup® can seriously weaken our immune system and alter our ability to digest and absorb vital nutrients.

Scientists found that Roundup® weakens us even further by altering and suppressing the activity of important human enzymes. Some of these enzymes protect the body from other toxins that we are regularly exposed to. Once these enzymes are killed by Roundup®, our body is more vulnerable to those other dangerous toxins. These combined effects wreak havoc on the inner workings of the body. Unfortunately, scientists are just beginning to understand the full scope of the dangerous impacts this pesticide has on us.

Research has revealed that many previously misunderstood diseases are actually linked to glyphosate, that mischievous chemical in Roundup®. And this terrifying chemical isn’t only on our grass anymore; it has made its way into our fruits, vegetables, grain products, and even into some of the most common commercially processed and packaged foods.

The Killer Consequences of the Roundup® Weed Killer

In the short term and with light exposure, Roundup® may be safe for people to use. However, over long-term exposure and with regular intake, glyphosate is now understood to have serious health consequences. The author of the MIT study found that the “[n]egative impact on the body is insidious, and manifests slowly over time as inflammation damages cellular systems throughout the body.”

The research linked glyphosate to an increased risk of gastrointestinal disorders, obesity, diabetes, heart disease, depression, autism, infertility, cancer, and Alzheimer’s disease. For a chemical we thought to be safe, its link to serious and deadly diseases is both alarming and disturbing. It is also a cause for us to step back and assess whether a clean lawn is really worth these deadly health risks.

The Future of Roundup®

Fortunately, some relief may be on its way. The Environmental Protection Agency (EPA) is conducting a review of glyphosate to determine if its use should be limited. The outcome is due in 2015, and may result in curbing the excessive use of the chemical in the near future.

However, it does not make sense to wait for the EPA or other government agencies to potentially limit the use of this chemical. There are some changes that we can all make to reduce our exposure to glyphosate. In fact, some areas in North America have already taken steps to reduce the amount of glyphosate being used. The province of Ontario has banned the use of many pesticides, including glyphosate, for residential use. On a local level, we can all take several simple yet essential precautions to ensure that we do not expose ourselves unnecessarily to glyphosate.

These precautions include include:

Given that children are most susceptible to the dangerous effects of pesticides, we need to take immediate action. Having lawns, parks, and food coated with toxic pesticides is not something we can knowingly allow. When it comes to protecting your lawn or garden this year, make the safe choice and keep away from using any products that contain glyphosate. Avoid the chemical which can increase your risk of obesity, diabetes, heart disease, depression, autism, infertility, cancer and Alzheimer’s disease. Because when you think about it, a weed-free lawn is not worth the toxic effects to you, your children, and future generations to come.