Home » Health News » The More Exercise People Do in Midlife, the Better Their Brain Health in Later Life 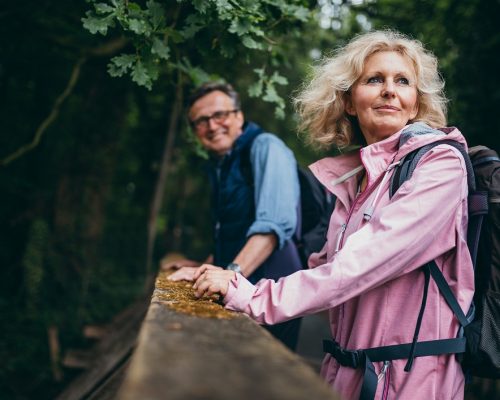 Researchers have found that the more exercise middle-aged adults get, the better their brain health. It has long been known that exercise can improve mental health, but this new study has found evidence on the importance of keeping active in midlife.

The study published in Neurology analyzed information from 1,604 volunteers taking part in an existing study. All participants of the study reported how much exercise they did at the start of the study and again 25 years later. The researchers then categorized them according to the amount of physical activity they had at both time points.
MRI brain scans were conducted to look for signs of poor brain health, including the presence of a type of brain damage known as cerebrovascular lesions and brain shrinkage.

Dr. Sara Imarisio, head of research at Alzheimer’s Research UK, said, “This research adds to a growing body of evidence suggesting exercise as an important way we can look after our brain health. Although the people in the study self-reported their own level of exercise, which could make it less accurate, high levels of mid-life physical activity were linked with fewer signs of brain damage. The observation that those who exercised more had less damage to the small blood vessels that spread through the brain suggest that physical activity may impact brain health largely through effects on the blood supply.”

While there is no sure-fire way to prevent dementia, this study shows how it could be possible to reduce the risk. Many people believe that exercise is good for reducing their risk for heart disease but overlook the effectiveness it has on brain health. It is important to remember that usually what is good for the heart is also good for the brain.

Current evidence, including this new study, suggests that as we age, staying physically and mentally active, not smoking, limiting drinking, and eating a healthy balanced diet are all good ways to support a healthy brain. Reducing cholesterol levels and lowering high blood pressure is also crucial for brain health and overall health.

With more than five million American’s currently living with age-related dementia, studies such as this are important to try and prevent the disease before it can affect more people. By simply adding in at least 30 minutes of physical activity a day in middle age, you may be able to boost your brain health and reduce the risk of dementia later in life.

Experts recommend starting slowly by walking 10 minutes a day and building yourself up to 30 minutes a day if you are someone who currently has little-to-no physical activity. Try and stick to exercises you enjoy as you will be more likely to want to do them each day. Always speak with your doctor before starting a new exercise routine.