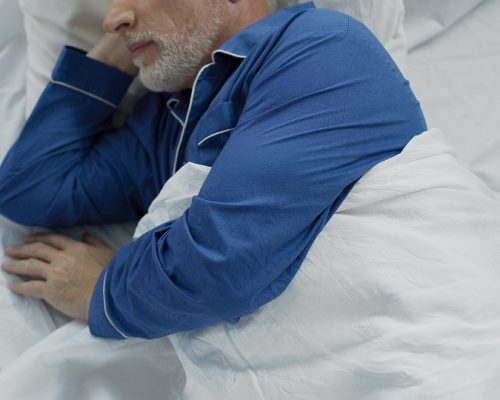 Sleep is complex. Not only is duration important, but good sleep needs to be of a certain quality.

Getting a good night’s sleep isn’t easy. People have a lot on their minds.

Better sleep, however, may help relieve stress in addition to reducing the risk for dementia and death.

Two recent studies looked at how sleep duration in middle-aged individuals can play a big role in the quality and length of your future.

Simply put, the less sleep you get, the less likely you are to avoid dementia and live a long life.

One study from Harvard examined 2,800 people aged 65 and older that were participating in the National Health and Aging Trends Study.

Using self-reported sleep characteristics and several controls, the team found that those who slept fewer than five hours per night were twice as likely to die, compared to those who slept between six and eight hours.

Another study, one based on a collection of western European countries and featuring 8,000 people, found that consistently sleeping six hours or less at ages 50, 60, and 70 was linked with a 30-percent increased risk for dementia compared to those who got seven hours.

Sleep may help clear harmful proteins that the brain accumulates during the day, called beta-amyloid, which are associated with dementia. Without enough sleep, it is possible there isn’t enough time to clear away these harmful substances.

As they accumulate each day, the risk for dementia may increase.

So, what does that mean for you?

Finding ways to improve sleep is really the only way to get a handle on this hazard. Aside from avoiding caffeine, food, alcohol, or exercise a few hours before bed, you may look to adding or removing a few habits to help you sleep better.