Home » Brain Function » The Link Between Gluten and Schizophrenia 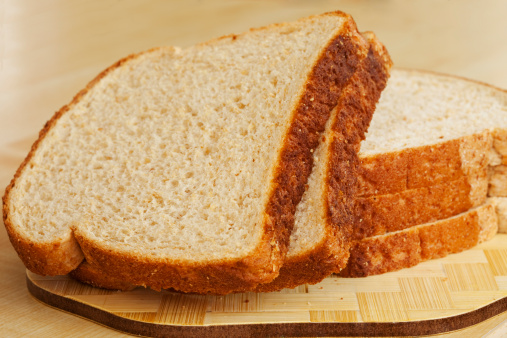 Have you ever heard of the term “bread madness”?  It was coined about 50 years ago – “bread madness” referred to patients whose schizophrenic symptoms spontaneously vanished when they were denied the consumption of gluten-containing bread products. Since then, many people have questioned the potential link between gluten and psychiatric disorders. While some theorists propose that the possible dietary underpinnings of schizophrenia can have  far reaching implications, other researchers posit that only a small percentage of schizophrenics would actually benefit from a gluten-free diet.  The debate has led to a new, eye-opening study exploring the true nature of schizophrenia, opening up the doors to a potentially drug-free, gluten-free diet therapy option that may revolutionize current treatment approaches for  psychiatric disorders.

Schizophrenia is a serious, chronic mental health disorder affecting approximately one percent of the population in both men and women.  Schizophrenia impairs a person’s thinking, emotions and decision-making ability.  If left untreated, it can interfere with a person’s ability to function properly and can be debilitating, or even lead to suicide. Early diagnosis and treatment of schizophrenia is vital in order for the affected individual to live as normal a life as possible.


New Research on Gluten and Schizophrenia

People who are gluten-intolerant typically exhibit an immune response when they consume gluten containing products, involving the production of anti-gliadin IgG antibodies in their blood. Researchers set out to investigate the blood work of 950 adults with schizophrenia and 1,000 healthy adults from the Munich metropolitan area, to see if they exhibited this sort of an immune response. They were attempting to reproduce findings from a previous study that had reported an elevated level of anti-gliadin IgG antibodies in schizophrenic patients.

After making adjustments for various factors, it was found that individuals with schizophrenia did indeed have higher levels of anti-gliadin IgG antibodies. Individuals with schizophrenia were more than twice as likely to be intolerant to gluten compared to the healthy control group. The researchers state that the direction of future research should be towards long-term clinical trials of gluten-free diets for those suffering with schizophrenia and other psychiatric disorders. This could potentially lead to new preventative and therapeutic interventions being discovered for those suffering from various psychiatric disorders, helping to improve the quality of life that these individuals experience.

What are Anti-Gliadin IgG Antibodies?

Clearly there appears to be a link between gluten and psychiatric disorders, including schizophrenia; however, the exact way in which they are related still needs to be researched.   Until the link is evident, precise dietary recommendations on gluten intake cannot be given to patients suffering from psychiatric disorders.  However, this recent research gives a starting point for future researchers to investigate the effect of gluten-free diets in individuals that have been diagnosed with severe psychiatric disorders.  In the future, gluten-free diets may be another important aspect of treatment for this sensitive patient population.