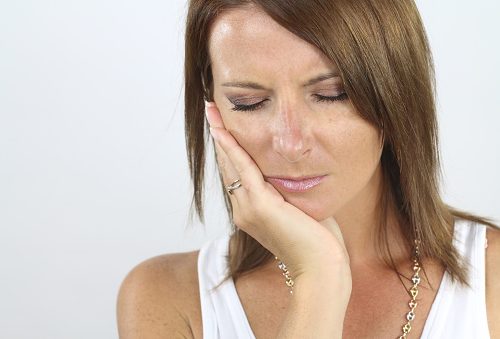 Chest pain, difficulty breathing, discomfort, nausea, and unusual tiredness are all common heart attack symptoms you are probably aware of. Recognizing the signs and symptoms of a heart attack is crucial for the treatment and emergency care to occur immediately in order to prevent any complications or, worse yet, death. But if you overlook symptoms, you could be putting yourself at risk.

It’s important to note that there are differences in the way men and women experience heart attack, and if women overlook this symptom, it could be too late.


Jaw pain, a symptom of heart attack in women

For women, not only might they feel the shortness of breath and discomfort, but jaw pain is another critical symptom of a heart attack that should be taken seriously.

Other female-specific symptoms of heart attack include upper back pain, arm pain, intense fatigue, heartburn, and an overall feeling of just not being well.

The Centers for Disease Control and Prevention reports that in 2014 alone, nearly 50,000 women died of heart attack.

Although doctors are unsure as to why jaw pain may be a signifier for heart attack, it’s still important that all women become aware of the differences in symptoms to get help sooner rather than later.

It’s reported that women typically wait up to 54 hours before seeking out a doctor, compared to only 16 hours for men, as many women simply don’t associate how they are feeling with experiencing a heart attack. Furthermore, not only do African American and Hispanic women have more risk factors for a heart attack, but they are often less aware of the symptoms, meaning they are less likely to seek out medical attention or they go when it is too late.

Furthermore, the consequences after a heart attack are often worse for women than for men, as women often experience greater bouts of anxiety and depression after the heart attack. This is why it is so important for women to become aware of the signs and symptoms related to heart attack in order to prevent serious complications.

So if you’re a female, start educating yourself about the primary symptoms of a heart attack and take the necessary steps in order to reduce the risk and ensure longevity and good health.