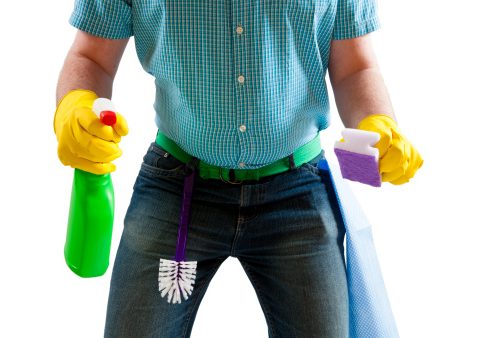 It may be surprising, but your kitchen could possibly be causing immune system and lung function damage.  New research from the University of Sheffield shows that pollution levels in some kitchens are higher than levels measured in city hot spots.

The Effects of Both on Your Immune System

Researchers studied three residential buildings that utilized different types of energy (gas or electric cookers).  They monitored levels of pollutants that are known to cause health damage, especially in the elderly and in individuals with respiratory (lung function) and cardiovascular problems.  They measured the pollutant levels over a period of four weeks. The pollutants measured were carbon monoxide (CO), nitrogen dioxide (NO2), volatile organic compounds (VOC’s) and small particles that are able to penetrate into the lungs, potentially having an impact on lung function.

The results showed that nitrogen dioxide (NO2) levels were three times higher in units that had gas cookers than levels measured outside of the property, including city center hot spots.  Additionally, the levels measured in the units with gas cookers were higher than the United Kingdom Indoor Air Quality Guidance recommended levels.  Additionally, the average particle concentrations for all pollutants measured in kitchens that had gas cookers were higher than the recommended outdoor levels set by the government in both England and London.

According to the U.S. Environmental Protection Agency, air pollution is associated with a number of negative effects on health including: pulmonary (lung function) damage, cardiac damage, vascular damage and neurological damage. High risk groups including, children, the elderly, pregnant women and individuals suffering from chronic health conditions are more susceptible to air pollution.  Effects of air pollution can be acute which are usually seen immediately upon exposure and are usually reversible or chronic which are usually not seen immediately and are usually not reversible.  Examples of acute effects include irritated eyes, coughing, headaches and nausea.  Examples of chronic effects include decreased lung function and lung cancer.

Exposure to air pollutants can result in damage to the skin, eyes and other body systems but it primarily affects the respiratory system. Hazardous pollutants can lead to more serious health concerns including cancer, damage to the immune system, neurological damage, reproductive and developmental damage. According to the U.S. Environmental Protection Agency, the effects of indoor air pollution include headaches, tiredness, dizziness, nausea and throat irritation. They state that more serious effects include cancer and exacerbation of chronic health conditions, including asthma.

The lead researcher of the Sheffield University study, Vida Sharifi, states that the findings from this current study pose a major concern as we spend approximately 90% of our time indoors.  Focus is usually placed on exposure to outdoor air pollution; Sharifi notes that people rarely think about immune system damage that can be caused by indoor air pollution.  Sharifi states that we need to better understand indoor air pollution. Currently, there is limited research available that shows the emission rates of different appliances found in households around the world.  There are also no acceptable standards for indoor pollutant levels.  This study shows the need for additional research in this area in an effort to reduce the chance of damage to our health. We need to be more aware of indoor pollution and the long term health damage that it can cause.