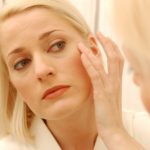 In Europe, 2012 was declared the year of “Active Aging”…a way to encourage people to find ways to better manage aging. In the last 20 years, the health and cosmetic industry in North America has focused on anti-aging; making people feel and look younger than they actually are. Today a lot of people say 60 is the new 40.

According to research on aging in America, the attitude towards getting older has changed a lot in recent years. Today more people in their 50’s and 60’s follow a stricter diet and keep both their mind and body active. The California Department of Aging reports that people are working and living longer.

How We Look Younger

In 2010 an Australian study showed that out of 4000 people, 90 percent in their 60’s were involved in recreational activity. In the United States the picture is much the same. Older adults are becoming active, thus making an impact on their physical appearance. Walking, cycling, swimming, and going to the gym are among the activities that American seniors participate in. Today it is estimated that about 25 per cent of the 41 million fitness club memberships held in the United States are in fact members who are over the age of 55. Market analysts say this age group has come to understand just how much fitness can improve their physical well-being and their appearance.

Physical fitness is only one anti-aging tool. Many mature Americans have turned to plastic surgery to look younger. The American Society for Aesthetic Plastic Surgery reports that nearly 10 million cosmetic procedures were conducted in 2010 and the number continues to grow. Just decades ago cosmetic surgery was an option for the rich and famous, but now medical advancements have made non-surgical treatments possible, which are often more cost effective. Non-surgical cosmetic procedures have allowed both men and women the opportunity to take years off their appearance. Today the most popular non-surgical cosmetic procedure is Botox injections.

For those who don’t want to go the plastic surgery route, the cosmetic industry has a massive list of anti-aging products that are designed to help mask fine lines and wrinkles. The fashion industry has also stepped up; creating clothing that makes the 60 something crowd look stylish and sleek, as opposed to fried and

The Good News for How to Look Younger


Looking 40 when you are 60 has a lot of advantages. Psychologists say looking 40 at the age of 60 is a confidence booster. It may encourage a person to attend more social functions, initiate conversations, and try new activities. A person who is unhappy with their appearance may be more introverted, stay home more; socialize less. From a health perspective, those who exercise regularly in their 60’s can ward off diseases related to aging such as high blood pressure, hypertension, diabetes, heart disease, high cholesterol, and depression.

The Bad News in the Aging Battle


Sadly, some people can become obsessed with looking younger. This is when looking 40 at 60 can be dangerous. There is a disease called ‘body dismorphic disorder’. This is when someone obsesses over their physical appearance several hours a day and often has countless surgical procedures to alter his or her body. According to the Mayo Clinic this is classified as a mental disorder and requires medical intervention.

While obsession with surgery is extreme so are some attempts people make to lose weight. Diet pills and fasting for instance can be hazardous to your health. Shedding pounds in order to look younger should always be done in a safe way. It is best to consult with a doctor or nutritionist before starting a new diet.

RELATED READING:
Introducing The ‘Next Generation  CoQ10’ That’s Up To 827% More  Powerful

Another problem associated with not looking your age is social perception. Research shows that younger people tend to judge you negatively if you are in your 50’s and 60’s, yet are trying to look younger. For many people who are trying to fight aging, a positive body image is the reason they want to look younger in the first place. They want others to see them as attractive but in many cases they are seen as the opposite for their efforts.

Mind Over Matter in the Anti-Aging Battle


The world-renown physician, Deepak Chopra believes that age is a state of mind. He says if you want to stay young you simply have to meditate, live in the present, don’t contaminate your body with toxins, and let go of your need for others approval.