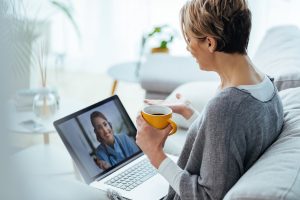 Some research shows that up to four cups of coffee per day can benefit the liver and lower the risk for diabetes. But a new study suggests it might also steal your sight.

A new study looked at the effects of caffeine consumption and glaucoma risk and found that a third or fourth cup of coffee every day may increase the risk for glaucoma. But there is a catch: you have to be predisposed to eye disease already.

Glaucoma is one of the leading causes of blindness in America and is marked by damage to the optic nerve caused by high eye pressure, called intraocular pressure, or IOP.

The study followed more than 120,000 British people aged 39-73 who offered information on caffeine consumption and vision, including whether they had glaucoma or there was a family history of the condition.

After three years, participants’ IOP was assessed and researchers found that people with a high genetic risk for glaucoma were at much greater risk for the condition if they drank three or four cups of coffee per day.

The results did not translate for the rest of the population.

So, if you’ve got glaucoma in the family or are battling the condition yourself, you might want to think about cutting down on coffee to protect your vision. Either cutting caffeine consumption entirely or limiting it to a cup or two per day might be the way to go based on these new results.

This is one of the first studies to look directly at diet and glaucoma risk.

Because the pressure in the eyes is the cause of glaucoma, it stands to reason that a heart-healthy diet, one rich in nutrients from whole foods, may help reduce the risk. Keeping IOP in a healthy range may stave off the disease to help preserve vision.