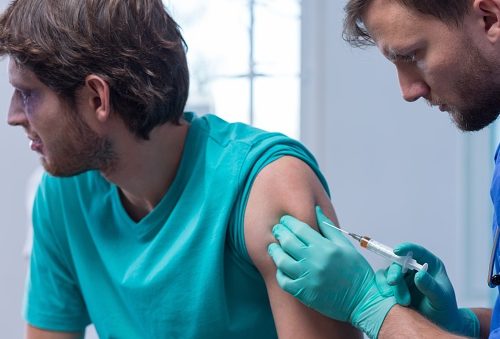 Furthermore, increasing the timeline over which a person receives the tetanus shot can help save the healthcare system millions of dollars annually.

To conduct their study, researchers examined immunity levels of over 500 adults. The researchers found that after receiving the standard five-dose vaccinations in the childhood, adults still remained protected against tetanus and diphtheria for at least 30 years, which is when another vaccine would be required. To simplify vaccination, an adult would only require a vaccine at age 30 and again at 60.

Slifka added, “If you ask around, you often find that it is hard for people to remember if they had their last tetanus shot eight years ago or even 11 years ago. If we were to use a simple age-based system, people would only have to remember to get their shots when they turn 30 and again when they turn 60.”

The World Health Organization (WHO) only recommends a single dose vaccine for those in the military and pregnant women, and in the U.K. they do not administer adult vaccines for tetanus.

The researchers estimated that switching dosages of the vaccine could save the U.S. $280 million a year and over one billion dollars in four years.