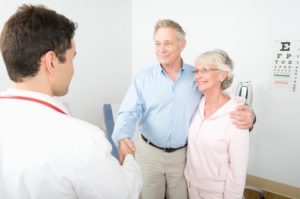 Researchers conducted The Testosterone Trials (TTrials), a coordinated group of seven trials, and have analyzed the outcomes for the first three – Sexual Function, Physical Function, and Vitality. Not only was blood testosterone increased, but overall sexual desire and erection ability improved, too. Although energy was not shown to improve, mood and depressive symptoms did.

The TTrials are now one of the largest trials to evaluate effectiveness of testosterone treatment, as the previous research did not yield successful findings. Enrolled men in the TTrials were split into two groups: one group received daily testosterone gels and the other a placebo over the course of one year. Effectiveness was evaluated at three, six, and 12 months. Sexual function and vitality were assessed through questionnaires, along with physical function, which was also assessed using a six-minute walking test. Lastly, mood and depressive symptoms were evaluated using questionnaires.

Adverse effects for the testosterone and placebo groups were also recorded, including incidences of heart attack, stroke, prostate conditions, and other cardiovascular events. Unfortunately, the sample size was too small to correctly determine the risk in the testosterone group.

An alternative study found that men receiving testosterone therapy to treat low testosterone also saw a reduction in risk of stroke, heart attack, and all-cause mortality. The findings came from data from 83,000 veterans. The authors wrote, “It is the first study to demonstrate that significant benefit is observed only if the dose is adequate to normalize the total testosterone levels. Patients who failed to achieve the therapeutic range after testosterone replacement therapy did not see a reduction in [heart attack] or stroke and had significantly less benefit on mortality.”

The FDA has previously put warning labels on testosterone therapies as they could raise the risk of heart attack. But the new study could help push for different labels to appear instead.

The findings revealed that men who were treated with testosterone and whose levels returned to normal had a 56 percent reduction of mortality during the follow-up period, 24 percent reduction of a heart attack risk, and 36 percent lower likelihood to have a stroke, compared to those who did not receive any treatment.

In order for testosterone therapy to be effective, the researchers suggest there should be a proper patient evaluation, regular follow-ups, and dosing considerations.

Heart disease risk in men is linked to higher testosterone levels and lower estrogen levels. Men often have higher incidences of heart disease than premenopausal women, but for a long time the reason behind it was not really understood. A study has found that testosterone and estrogen may play key roles in heart disease, especially in relation to its increased risk in men. Continue reading…

When we hear the word testosterone, we envision strong, highly masculine men. And yet testosterone is necessary in both men and women – though in different levels. Regardless, testosterone is hailed for promoting vigor, strength, and libido, so when testosterone begins to decline, so do other aspects in a man’s life. Continue reading…