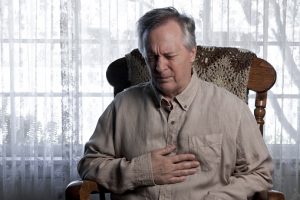 Heart disease risk in men is linked to higher testosterone levels and lower estrogen levels. Men often have higher incidences of heart disease than premenopausal women, but for a long time the reason behind it was not really understood. A study has found that testosterone and estrogen may play key roles in heart disease, especially in relation to its increased risk in men.

Men have higher testosterone levels and lower estrogen levels compared to premenopausal women. Doctors suggest that estrogen protects against heart disease, whereas testosterone may promote it.

The study, which included 400 healthy men, has found that high testosterone levels contributed to a reduction in HDL (good) cholesterol levels, while estrogen levels did not reveal this association. Low levels of estrogen, on the other hand, contributed to higher fasting glucose levels, worsening insulin resistance, and increasing fat in the muscle – these are signs of diabetes, which in turn can lead to heart disease, too.

The researchers compared two groups of men whose hormone levels were temporarily altered with medication to help determine which hormone played a larger role in cardiovascular disease.

One group had their estrogen levels lowered, and the other received either a placebo or testosterone suppressants.

The researchers found that higher testosterone and lower estrogen were associated with worsened cardiovascular risk factors, such as increasing bad cholesterol.

Nearly half of men who die from sudden heart disease do not present any symptoms. However, lack of symptoms does not mean your risk is smaller. Lastly, nearly 70 to 80 percent of sudden cardiac events occur in men.

Risk factors for heart disease in men include:

By controlling, managing, and lowering your risk factors you can better protect yourself against heart disease.