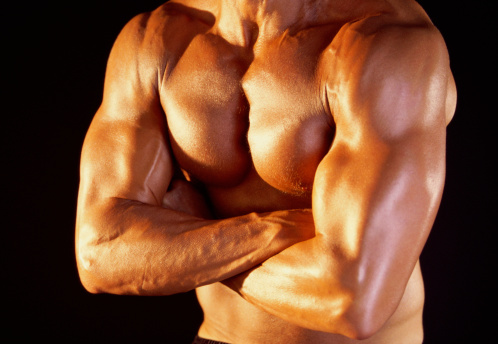 Testosterone is the male sex hormone that is responsible for masculine traits. It plays a role in the functioning of the male reproductive system, affecting the development of secondary characteristics, promoting growth of body hair, as well as increased muscle and bone mass. However, these may not be the only traits associated with the effects of testosterone in male, as a group of researchers from the California Institute of Technology, the Wharton School, Western University, and ZRT Laboratory found that increased levels of this hormone were linked to performing poorly on tests measuring cognitive reflection, meaning that men were more likely to feel they were right despite the contrary.

The study sought out to test whether the levels of testosterone in men affected their tendency to rely on their intuitive judgements and reduce cognitive reflection—a decision-making process in which a person pauses to consider whether what their gut is telling them makes sense. For the test, men were given doses of testosterone and evaluated their performance. The researchers discovered that men given testosterone performed worse on the cognitive reflection test, compared to a control group on a placebo.

“What we found was the testosterone group was quicker to make snap judgements on brain teasers where your initial guess is usually wrong. The testosterone is either inhibiting the process of mentally checking your work or increasing the intuitive feeling that ‘I’m definitely right’,” says Caltech’s Colin Camerer.
The study in question involved 243 male participants and is considered one of the largest of its type ever conducted. The males were randomly selected to receive testosterone shots or a placebo before taking the cognitive reflection test, with initial math tasks given to each participant to gauge their engagement, motivation level, and basic math skills. An example question found on this cognitive reflection test is as the following: A bat and ball cost $1.10 in total. The bat cost $1 more than the ball. How much does the ball cost?
While this question may appear simple, it is actually more complicated on second glance. Most people would say that the ball must cost 10 cents, but this is incorrect, as that would mean the bat cost 90 cents. The correct answer is the ball cost 5 cents, with the bat costing $1.05. These type of questions helped evaluate if the participants relied more on their gut instincts rather than thinking the question through. To further evaluate this point, a time limit was not established, but instead, participants were offered $1 for each correct answer and an additional $2 if they answered all the questions correctly.

The results of the study showed that those receiving the testosterone shots scored significantly lower than the placebo group, averaging 20 percent fewer questions answered correctly. This group also was observed to give incorrect answers more quickly and correct answers more slowly, compared to the placebo group. However, the same effect was not observed during the basic math testing as both groups demonstrated a clear and robust causal effect of testosterone on human cognition and decision-making.

This study raises questions about potential negative effects of testosterone replacement, and that men may become too mentally bold, thinking they know things when they don’t. The researchers believe that increased levels of testosterone work through confidence enhancement, as those who are more confident will have little self-doubt, albeit at the expense of making mistakes.

Testosterone and its effect on cholesterol