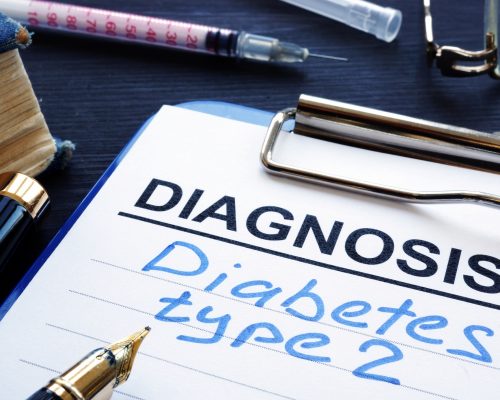 The largest study of testosterone treatment in men has found that it may help to prevent or reverse those newly diagnosed with type 2 diabetes. Researchers believe this landmark study published in The Lancet Diabetes & Endocrinology will prompt renewed interest in preventing diabetes in at-risk men.

The study, known as T4DM (Testosterone for the prevention of Diabetes Mellitus), was a two-year randomized, double-blind, placebo-controlled clinical trial. It included more than 1,000 men aged between 50 and 74 years old who were overweight or obese. Each participant had been enrolled in the Weight Watchers lifestyle program so they could attend group meetings, use the app, website, or any combination of those. Half of the participants were injected with long-acting testosterone every three months, and the other half were injected with a placebo.

Men in both groups lost an average of 3 to 4kg, and glucose tolerance normalized in 43% and 52% of men in the placebo and testosterone groups, respectively. Men who received the testosterone treatment showed lower fasting blood sugar, a more significant decrease in body fat, and an increase in skeletal muscle mass and handgrip strength. They also had improvements in sexual function.

Researchers noted that the most common adverse effect occurring in 22% of men treated with testosterone was an increase in the concentration of red cells in the blood, potentially leading to “sludgy” blood.

Some Benefits to Testosterone

Lead researcher Professor Gary Wittert said: “The results of the study show that, on top of modest weight loss achieved with healthy eating and increased activity, testosterone has some added benefit to prevent or reverse newly diagnosed type 2 diabetes.

“However, the results do not necessarily mean that a script for testosterone should be written. We know that men at risk of type 2 diabetes are usually overweight and either have, or are at risk of, other chronic disorders that have not been detected or adequately managed. Not infrequently, these men are also drinking too much alcohol and have sleep or mood disorders. Weight loss achieved through healthy lifestyle behaviors remains the benchmark.”

More research is needed to determine whether testosterone’s beneficial effects continue beyond two years and whether longer treatment is safe. Other forms of testosterone could also be tested to find if they have similar benefits or risks.

Until more research is complete, researchers do caution that although writing a prescription might be quick and easy, it does not replace the need for undertaking a comprehensive type 2 diabetes assessment and providing holistic management towards improving men’s health.