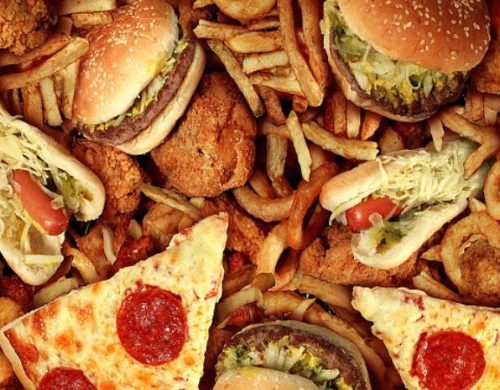 Television has become a big part of people’s lives. We use it to catch up on the latest news, enjoy our favorite shows, and even employ its services to distract our children when we want some peace and quiet.

While watching TV in moderation is not too much of a concern, a recent study conducted at the University of Liverpool has found that TV could be instilling poor food choices and unhealthy diets. It was found that almost six in 10 food and drink advertisements shown during family programming in the UK are about fast food, takeaways, and confectionaries.

This is not a unique problem, as the same type of ads selling food and drinks high in fat, sugar, and salt, would not be allowed during children TV shows, according to UK regulation. However, “loopholes” in these regulations have allowed such adverts to be played during family-friendly programming that is often popular with kids.

While this study took place in the UK, they are also going through a child obesity epidemic similar to the one currently happening in North America. Current estimates find that more than a third of children in the UK are overweight or obese. While in American, about one in five school-aged children (age 6–19) has obesity.

This new study focused on more family-friendly programming broadcasted in the UK, which included the likes of the Simpsons, Coronation Street, and Ninja Warriors UK. Each of these shows is estimated to have hundreds of thousands of viewers watching each broadcast.

About 59 percent of food and drink commercials shown during these programs were for foods high in fat, salt, or sugar (HFSS). The worst case had nine of these advertisements in a 30-minute span.

This works to be approximately 2,000 HFSS adverts seen by children per year, based on average viewing figures.

As a comparison, the amount of fruit and vegetable commercials were also tallied, with just one percent of total commercials being devoted to this food group.

For some perspective, advertisements for fast food and takeaway were nearly three times more common than any other type of food and drink advert, most of which had a sponsoring tie to the show being watched.

“To protect our children from adverts that we know can influence what food they want to eat, the government should extend existing regulations to restrict HFSS advertising on TV until after the 9 p.m. watershed. In addition, brands that advertise HFSS food and drinks should not be allowed to sponsor prime time family TV shows,” said Dr. Rosa Whalen from the University’s Appetite and Obesity research group.

Watching TV during meals may be increasing obesity risk in adults

Prolonged TV watching linked to 8 leading causes of death in the U.S.