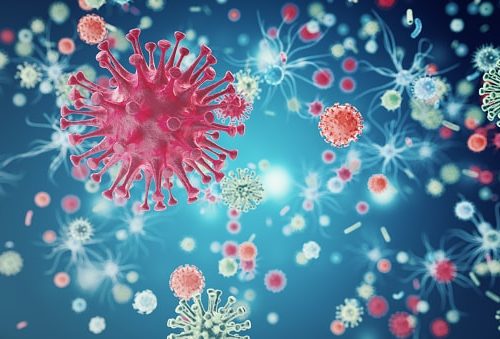 Researchers at the University of Nottingham and King’s College London recently published a new study that found a relationship between bacteria in the gut and cardiovascular disease. This is not an unprecedented finding, as more evidence is being released connecting the gut microbiome to health conditions. This includes metabolic and immune disorders, diabetes, obesity, and inflammatory stomach and bowel diseases. These inflammatory diseases are of particular concern in the current study, as inflammation is known to predispose patients to heart disease.

This new study has found a link between bacteria in the gut and the hardening of the arteries. Stiffening of the arteries does occur naturally as we get older, but it is also a known indicator of cardiovascular disease. The new findings present the potential for a new path through which cardiovascular disease can be treated and prevented. Future research will be needed to inform how heart disease responds to treatment of the gut microbiome through diet, medication, and natural therapies such as probiotics.

“We know that a substantial proportion of serious cardiovascular events like heart attacks are not explained by traditional risk factors such as obesity and smoking, particularly in younger people and in women and that arterial stiffness is related to risk in those groups,” said Dr. Ana Valdes, from the University of Nottingham. “So, our results reveal the first observation in humans linking the gut microbes and their products to lower arterial stiffness. It is possible that the gut bacteria can be used to detect risk of heart disease and may be altered by diet or drugs to reduce the risk.”

The researchers focused their analysis on middle-aged female twins, gathering data on 617 participants from the TwinsUK registry. They examined data on arterial stiffening and the makeup of the gut microbiome in each woman. The results showed a clear correlation between the composition of the gut flora and the level of arterial hardening in the women.

“There is considerable interest in finding ways to increase the diversity of gut microbes for other conditions such as obesity and diabetes,” said Dr. Cristina Menni, from King’s College London. “Our findings now suggest that finding dietary interventions to improve the healthy bacteria in the gut could also be used to reduce the risk of heart disease.”

The conclusion of the study was that analyzing the microbiome in the gut could help medical practitioners determine the underlying cause of heart disease that does not appear to have any of the typical risk factors, including obesity and diabetes. This could be particularly useful for populations of younger people and women, who remain outside the typical at-risk group for the condition.