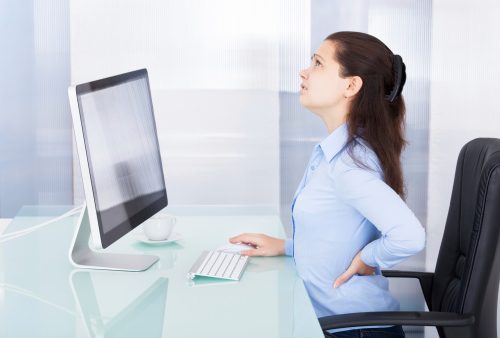 As of late, numerous studies have come to light to reveal the negative impact prolonged sitting has on our health. Some research even goes so far as to suggest that sitting for prolonged periods of time is as harmful as smoking cigarettes. Although a simple solution to combat the effects of sitting is to exercise, new research suggests targeting exercise won’t reduce the effects of prolonged sitting. The findings come from researchers at the Institute of Psychiatry, Psychology and Neuroscience at King’s College London.

In modern society, prolonged sitting is becoming an increasing problem for people working long hours at desks and even for seniors living more of a sedentary life. Previous research has shown that prolonged sitting is associated with an increased risk of cancer, diabetes, heart disease and premature death. All the previous findings also suggested that the health effects from sitting are not negated by exercise. As of yet there are no effective means of treatment to combat the effects of sitting.

The recent research confirms the notion that exercise does not combat prolonged sitting and is less effective than actually just sitting less.

Promising interventions included sit-stand desks for workplaces, encouraging individuals to track their sitting time in order to reduce it, setting goals of standing time and using prompt cues to be reminded to stand up. Effective interventions also educated individuals on the negative health effects associated with prolonged sitting.

Dr. Benjamin Gardner from the college said, “These findings will be of interest to researchers and practitioners designing new ways to reduce prolonged sitting, because they suggest which strategies may be most fruitful. However, the findings should also be of interest to anyone looking to improve their health by reducing their own sitting time in their day-to-day lives, as many of these interventions can be adopted on an individual level.”

Co-author Professor Stuart Biddle added, “The ill effects of high levels of sitting may prove to be especially damaging given that so many people sit for long periods. The importance of this study is not in showing that interventions can work, but in pointing out how they might work. This is crucial if behavior is to be achieved more efficiently and effectively.”

The findings were published in Health Psychology Review.