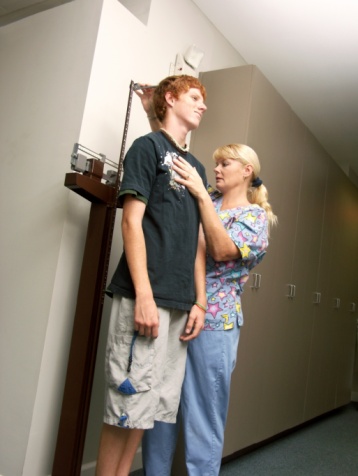 People that are tall often attribute it to “good genes,” and they are right – genetics do have a large part to play in a person’s height. However, the results of a new study suggest that being tall may not actually be a ‘good’ gene—and the same genes responsible for being tall may contribute to an increased cancer risk.

In July, TIME Magazine featured a piece on a research paper published in the Cancer, Epidemiology, Biomarkers, & Prevention Journal. The research published showed a correlation between height and an increased risk of cancer – a worrisome link, considering that the average height in the United States is 5′ 10″. As America is one of the tallest countries in the world, this could be a cause for concern for an increased cancer risk.

Are Taller People Really Have An Increased Cancer Risk?

The study was conducted on 20,900 women – all between the ages of 50 to 79. These post-menopausal women were studied to determine what factors influenced their health the most, and they were divided into five different groups. The division was based on their height, and it turned out that the women in the taller groups had a markedly greater chance of developing cancer than the women in the shorter groups.

For every 10 centimeters (3.9 inches) of height, the chance of developing a wide range of cancers went up by 13 percent. Taller women have a 13 to 17 percent greater chance of developing breast cancer, colon cancer, ovarian cancer, endometrial cancer, and melanoma than shorter women. In addition, their risk of developing thyroid cancer, blood cancer, kidney cancer, and rectum cancer was between 23 percent and 29 percent higher than their shorter counterparts – a pretty scary increase indeed!

This isn’t the first time that a link has been made between cancer and height, but it just serves to reinforce the fact: taller people may have a greater cancer risk. Some scientists believe that the increased cancer risk is the result of the extra growth tall people undergo in order to reach their height. Shorter people don’t grow as much, so there is a smaller chance that the growing cells will develop abnormally. It is those abnormally developed cells that often turn malignant, which in turn leads to the formation of cancerous tumors.

Interestingly enough, height isn’t the only thing that will increase your cancer risk – meaning not all tall women are going to develop cancer. A person’s adult height isn’t just the result of genetics, but it’s also the result of their environmental circumstances and early life exposures. Hygiene and nutrition play a very large role in height, which is why the average height has increased since the turn of the 19th century.

This means that height – while a signal that a person’s cancer risk is greater – cannot be taken as more than a marker for someone’s cancer risk. It is simply an indication that a taller person has had certain early life exposures and environmental circumstances that led to their increased growth. In other words, they may have been exposed to the things that could increase the risk of cancer, but height isn’t a cancer risk factor in and of itself.