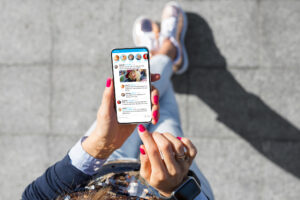 A new study has found that asking people to stop using social media for just one week could significantly improve their mental health. The study, which is to be published in the journal Cyberpsychology, Behaviour and Social Networking, looked at the effect of social media on mental health and found that it can lead to an increase in depressive symptoms and anxiety.

The study was conducted by researchers from the University of Bath (UK) and is one of the first to look at social media’s effect on mental health. The authors of the study say that the findings could, in the future, be used to help people manage their mental health and that it may be recommended as a way to help people manage their mental health. They say that more research is needed to confirm their findings, but they believe that their findings could have implications for how we think about mental health and social media.

For the study, researchers allocated 154 participants aged 18 to 72 who used social media every day into either an intervention group or a control group. The intervention group was asked to stop using all social media for one week, and the control group was allowed to continue scrolling as normal. At the beginning of the study, baseline scores for anxiety, depression and well-being were taken from all participants.

At the start of the study, participants reported spending an average of 8 hours a week on social media. By the end of the week-long study, the participants who were asked to take a break from social media reported improvements in well-being, depression, and anxiety compared to those who continued to use social media, suggesting a short-term benefit.

Lead researcher Dr. Jeff Lambert explained, “We know that social media usage is huge and that there are increasing concerns about its mental health effects, so with this study, we wanted to see whether simply asking people to take a week’s break could yield mental health benefits.”

“Many of our participants reported positive effects from being off social media with improved mood and less anxiety overall. This suggests that even just a small break can have an impact.”

As time spent on social media increases each year, so are reports of mental health issues. This study adds to mounting evidence of a strong link between the two.

Many factors can contribute to poor mental health and cognitive issues. This study helps to point to a possible link between the two, but stress can also take a toll on the brain, affecting concentration, memory, and overall cognitive function.

The Smart Pill can help counteract these effects through nine ingredients that help support, nourish, and maximize brain health and cognitive function. These include ginkgo biloba, huperzine A, bacopa extract, rosemary extract, and a B vitamin complex. This unique formula helps boost circulation, fight free radicals, and help to promote clear thinking.