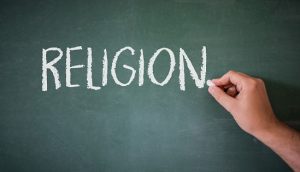 A new study has uncovered that those with close religious affiliations tended to live up to four years longer compared to non-religious persons. The four-year extra longevity was found after considering other factors that could affect mortality including marital status and sex.

Lead author Laura Wallace explained, “Religious affiliation had nearly as strong an effect on longevity as gender does, which is a matter of years of life.”

What exactly is the cause of added longevity through religion? Is it prayer? Is it the power of a God? The researchers speculate it has to do with community and being social, which other studies have linked with longevity.

Co-author Baldwin Way added, “The study provides persuasive evidence that there is a relationship between religious participation and how long a person lives.”

Several studies have explored the fact that volunteering and partaking in social groups is a key factor in a long life and this study reaffirms this.

Another aspect that could explain how religious affiliation leads to longevity is that many religious beliefs circle around healthier habits and deter its followers from engaging in unhealthy habits. Furthermore, practicing religioun have been shown to reduce stress.

“The positive health effects of religion spill over to the non-religious in some specific situations. The spillover effect only occurs in highly religious cities that aren’t too concerned about everyone conforming to the same norms. In those areas, non-religious people tend to live as long as do religious people,” said Wallace.

Although the study did have some limitations, it still reveals a positive association between religious affiliation and longevity.