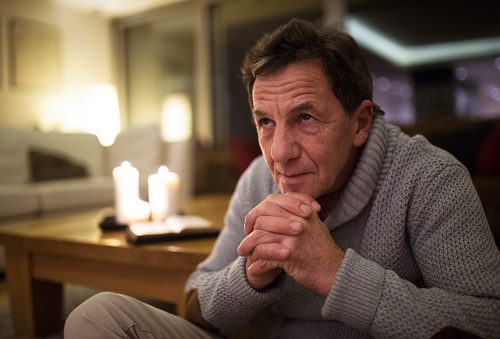 A new study has found that seniors who feel a greater sense of attachment to God have improved well-being. Furthermore, these individuals tend to pray more, which increases their positive well-being. On the other hand, those with a greater detachment from God do not receive the same benefits.

Researcher Blake Kent explained, “What we’re finding is that prayer can be associated with more or less well-being, depending on how you perceive God. In a nutshell, the psychological benefits of prayer seem to be dependent on the quality of a person’s relationship with God.”
Additional findings included:

“Is God seen as safe and secure? Then prayer seems to have a positive benefit. Is God distant, or even untrustworthy? Then it may be a different story. When you can’t trust God, prayer is not associated with confidence in his care, but with uncertainty and anxiety. There is a perception out there that prayer is automatically good for your well-being. That may not be the case for everyone because such a perception assumes that God is responsive and trustworthy. But many people don’t experience God that way,” Kent continued.

The researchers analyzed data from the Nationwide Religion, Aging, and Healthy Survey. There were responses from 1,024 seniors (minimum 65 years old). Participants were either currently practicing Christians, previous Christians but not practicing now, and persons not affiliated with any religion.

The researchers wrote, “Respondents who pray regularly to a God they perceive will be there to protect and comfort them may find relief in prayer and may choose health-promoting behaviors consistent with religious teachings or insights they receive during prayer.”

Those who believe that God will not be there for them when things go wrong may experience mental decline and estrangement.

The researchers concluded, “We would argue this also occurs in the relationship with God. A loving and supportive God who also is omnipotent, omnipresent and omniscient may provide considerable comfort, assurance, and resilience to believers who are approaching the end of their lives.”

People 100 years and older found to be in good health