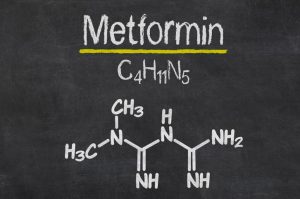 The most common treatment for type 2 diabetes is metformin, which is prescribed to regulate insulin levels. But researchers now suggest that metformin may have another use, that being a potential for anti-aging.

The researchers found that metformin slows down the “burn rate” of living cells, which in turn increases longevity.

Metformin is very cheap to produce and is derived from the French lilac plant. In animal studies, metformin was found to possibly delay the onset of chronic diseases, which are often brought on by aging. When metformin was given to worms and rats, they were found to live longer.

But humans are much different from plants, which is why researchers are moving forward with testing their theory on humans with a $77 million US-based study known as TAME (targeting aging with metformin).

The researchers will start to recruit 3,000 adults aged 65 to 80 in the next year to test out metformin’s ability to slow down aging.

Some researchers suggest that observational studies are difficult to interpret because many patients taking metformin are also told to change their lifestyle to better control their diabetes. This can also boost longevity, so determining whether metformin can be praised as an anti-aging agent can be challenging.

Unlike other pills, which were hailed as anti-aging pills but failed to live up to the hype, metformin is far safer to take and has a longer history of human use.

So far, metformin has been shown to have effects on energy production at the cellular level, which raises the potential for greater longevity.

Some researchers suggest that metformin may not be the sole anti-aging drug. When researchers develop the “magic potion” for anti-aging, it will include a variety of drugs.

Researchers are already in the process of pushing the FDA to relabel metformin to include its possible anti-aging effects so that insurance companies will cover the medication for non-diabetics.

Ultimately, until the TAME study is completed, we won’t fully know the effects of metformin on aging. In the meantime, researchers still urge persons to continue to eat well and exercise regularly.