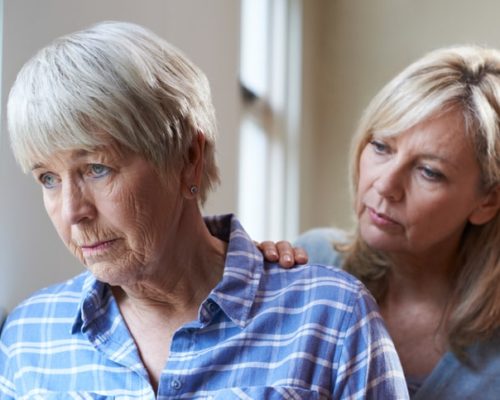 The latest research findings have unveiled that loneliness is linked with a higher risk of dementia. The study looked at data collected from over 12,000 participants spanning over a 10-year time period. Those who experienced loneliness experienced a 40 percent higher risk of dementia. The risk still remained across genders, ethnicity, or education levels.

This is not the first study of its kind to link loneliness with dementia risk, but it is the largest sample with a follow-up.

The study looked at individuals over the age of 50 along with their spouses. Participants reported loneliness and were also given a cognitive battery every two years for up to 10 years. During this time, 1,104 participants developed dementia and those who reported feelings of loneliness were more likely to develop dementia.

These individuals also had higher cases of diabetes, high blood pressure, depression, were less likely to be active and were more likely to smoke, which are all risk factors for dementia. Even after adjusting for these other risk factors, loneliness was still found to be a large risk factor for dementia.

The term loneliness can have many different meanings, but for the sake of this study, the researchers defined it as “the subjective experience of social isolation.” The authors noted that a person might experience loneliness even when surrounded by others and those who live alone may fill their need for social interaction by engaging with others.

As to how loneliness contributes to a higher risk of dementia, the authors speculate there are several reasons the two may be linked. For starters, higher levels of inflammation in the body triggered by illness or infection. Chronic inflammation can be detrimental to all areas of health, including memory.

Secondly, people may cope with loneliness in unhealthy ways such as drinking alcohol, smoking more, eating poorly, etc. Third, people’s perceptions of social engagement and interaction can differ from others and so even though they are socially engaging they may not deem these interactions as meaningful.

The study highlights the importance of not just social engagement and interaction but also the need for meaningful relationships as a means of protecting the brain.