Home » General Health » Surprising Effects of Sunshine on your Medication 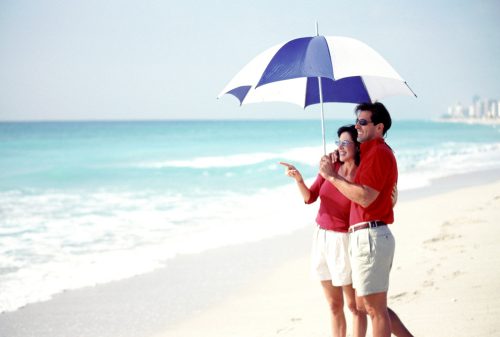 Sunshine plays a vital role in our lives. Aside from getting us that beautiful, golden tan we so desperately seek, sunshine also provides us with the much-needed vitamin D that helps lower our risk of heart and vascular disease. Studies show that vitamin D also helps to reduce the frequency of asthma symptoms, and is an immune system regulator. However, we should still be wary of too much sun exposure; not only because of skin cancer risks, but also because of the effects that sun can have on us when combined with medications.

Some medications don’t mix well with the sun’s rays. Whenever your doctor prescribes a new medication, the instructions should indicate if the drug can cause photo-sensitivity. Photo-sensitivity occurs when skin becomes inflamed by a combination of sunlight and the medications you are taking. Symptoms include red, irritated skin that looks similar to a sunburn or a severe rash. In more severe cases, itching can lead to painful blistering.

The most common type of sun-sensitivity to drugs is called photo-toxicity. It generally occurs when a person’s skin is exposed to sunshine after a medication is administered. The drug absorbs the UV light, releases it into the skin and then causes cell death. A few days later symptoms start to appear on the exposed areas of the person’s body.  One of the frightening things about photo-toxicity is that symptoms can persist for up to 20 years after the medication has stopped. Anti-inflammatory drugs are an example of sun-sensitive medication that could potentially lead to photo-toxicity when the person is exposed to too much sunshine.

Certain diabetes medication, cholesterol drugs, anti-depressants, and heart drugs can cause problems when combined with UV rays as well.

Sensitivity Varies – Not Everyone Reacts the Same

Just as people have different reactions to medications, they react differently sun exposure as well. Not every person who takes photosensitive medications is going to have a reaction to sunlight. For some people, the sensitivity may end up being a one-time occurrence, while for others, it could happen regularly. People with HIV are particularly susceptible to experiencing sun sensitivity due to their medication.

If someone already has a skin condition such as eczema or herpes, exposure to sunshine while on certain medications could further aggravate the situation. Some studies suggest that sun exposure can make autoimmune diseases worse. It is also worth noting that you can develop all the symptoms associated with photo-sensitivity and not be on any medications. Some people are photosensitive regardless of any drugs they’re taking.

People with photo-sensitivity often wear protective clothing. If you’re concerned about the risks, you might consider specially made sun-protective clothing with a UPF (Ultraviolet Protection Factor) of 50. Using a broad-spectrum sunscreen with an SPF of at least 30 is also a wise idea. Remember to be generous with the sunscreen. The majority of us only use half of what we really need. Sunscreen should also be put on about a half an hour before going out in the sunshine. Taking these preventative measures can help ensure that you don’t suffer from the negative effects of sunshine while you’re taking medication.