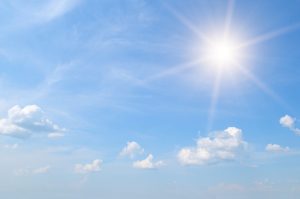 Natural sunlight exposure is associated with various health benefits, but latest findings suggest it can also help boost infection-fighting T cells of your immune system. T cells play an important role in the immune system functioning and warding off infection, and now researchers uncovered how sunlight can boost their activity.

Senior investigator Gerard Ahern explained, “We all know sunlight provides vitamin D, which is suggested to have an impact on immunity, among other things. But what we found is a completely separate role of sunlight on immunity. Some of the roles attributed to vitamin D on immunity may be due to this new mechanism.”

Ahern added, “T cells, whether they are helper or killer, need to move to do their work, which is to get to the site of an infection and orchestrate a response. This study shows that sunlight directly activates key immune cells by increasing their movement.”