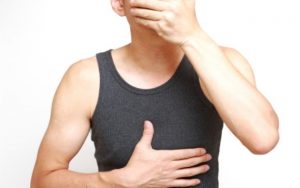 Burping is considered a rude bodily function, but producing sulfur burps or rotten egg burps can be far more embarrassing.

In fact, burping is a normal bodily function that helps get rid of excess gas in your digestive system. Usually, your burps smell and even taste like your previous meal, but sometimes they can come out smelling like rotten eggs or sulfur.

When food is consumed, especially protein-rich foods, it is broken down and dissolved to make it easier for your body to absorb. During this process, a colorless gas called hydrogen sulfide (H2S) can be produced, which has the characteristic odor of rotten eggs.

Despite the smell of sulfur burps, you don’t have to eat a bunch of eggs to produce them. There is a multitude of different reasons why a person’s burps may smell like rotten eggs, with the following being just a few examples:

Parasite infection: Parasite infection can be a consequence of drinking or eating contaminated liquids or food products, often causing digestive symptoms such as watery diarrhea, bloating, and excessive gas production. This gas production can come in the form of hydrogen sulfide buildup leading to sulfur burps. Often prescription medication will be required to eradicate the parasite infecting the body.

Other infections: Infection is the leading medical cause of sulfur burps, especially gastrointestinal infections. In addition to the two culprits already mentioned, a variety of bacteria and viruses can cause symptoms of diarrhea, vomiting, and abdominal pain. These abnormalities can trigger changes in the gut and contribute to the production of sulfur burps.

Bacterial overgrowth: Your intestinal tract is filled with millions of bacteria that help to break down and absorb the food you eat. A delicate balance of several different species of bacteria is required to maintain proper gastrointestinal health. Imbalances in this bodily system, caused by the likes of antibiotic use, Crohn’s disease, and celiac disease, can trigger sulfur burps.

Bacterial overgrowth can lead to the buildup of hydrogen sulfide, methane, and carbon dioxide. This can also cause abdominal pain, diarrhea, fatigue, unexplained weight loss, and skin problems like eczema, acne, or rosacea.

Poor eating: The foods you choose to eat play a big role in the smell of your burps, especially in the development of sulfur burps. Soft drinks are one of the culprits. It is important to note that healthy foods can also lead to the production of foul smelling burps. Some of these foods may include red meat, poultry, dairy products, beans, soy, canned foods, coffee, and tea. And, yes, eggs are in that list, too.

Irritable bowel syndrome (IBS): IBS is a common disorder that affects the large colon. It differs from more other inflammatory bowel condition—like ulcerative colitis and Crohn’s disease—in that it doesn’t change the bowel tissue or increase the risk of colorectal cancer. In order for a doctor to make the diagnosis of IBS, certain criteria have to be met. These include having abdominal pain or discomfort lasting at least three days a month in the last three months, and improvement of the pain that occurs with defecation. IBS can produce high levels of hydrogen sulfide, leading to sulfur burps.

Knowing how to get rid of sulfur burps can make all the difference in saving you from a potentially embarrassing situation. Thankfully, many of the things causing sulfur burps are within our control, such as controlling the type of foods we eat. There are also several home remedies aimed at getting rid of pre-existing rotten egg burps. The following are some of these remedies:

Brown rice: A popular food in many homes, brown rice is an excellent source of fiber. This helps to add bulk to the foods you eat, allowing for proper digestion and regular defecation. Fiber found in brown rice also helps neutralize the sulfur in the stomach that could be potentially released as sulfur burps.

Seltzer water: Often used to help relieve an upset stomach, seltzer water is essentially carbonated water. Choosing this beverage over other types of soda drinks can effectively prevent the production of sulfur burps.

Olive oil: A commonly used ingredient in Mediterranean cuisine, olive oil can be an effortless and efficient method of reducing the production of sulfur burps. You can simply sprinkle a few drops over your food every day, such as salad, pasta, and vegetables, to reap all of its wonderful benefits.

Drink plenty of water: This will dilute your stomach contents and reduce your chances of experiencing rotten egg burps

Avoid food triggers: Knowing which foods cause you the most sulfur burps is great for avoiding sulfur burp triggers. These foods will mainly consist of foods with high protein content, but it can vary from person to person, so it’s best to investigate your personal sulfur-burping triggers.

Reduce alcohol intake: Alcohol can lead to indigestion, which can subsequently bring about sulfur burps.

Drink green tea: Drinking two glasses a day for a week can help reduce the sulfur smell of your burps. Green tea can be commonly found in an easy-to-use tea bag. Loose green tea can also be purchased, but may be more expensive.

Lemon and honey mixture: This mixture is a great remedy for treating indigestion as well as the production of sulfur burps. It can be prepared by squeezing fresh lemon juice and mixing the desired amount into a glass of water. Next, add one teaspoon of honey to your lemon juice, mix, and consume.

Baking soda: By mixing one teaspoon of baking soda into a glass of warm water, you could reduce the smell and taste of sulfur.

Other tips for reducing sulfur burps:

Although producing burps that smell like rotten eggs is an embarrassing quality to have, it’s not typically a sign of any serious underlying medical condition. However, if your case of sulfur burping is accompanied by long-term symptom of abdominal pain, diarrhea, and/or fever, it is advised you speak to a doctor about your symptoms to make sure you do not suffer from a serious condition.