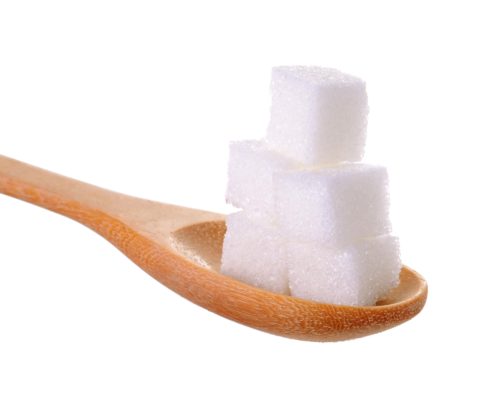 When it comes to eating sugar, is there really a right choice? It’s a yes and no answer, but the “yes” is what really matters.

From a strictly molecular standpoint, a carbohydrate (sugar) is the same thing whether it’s coming from a sip of Coca-Cola or an apple. It’s broken down similarly and delivered to your cells for energy or fat storage. But that’s where the similarity stops.

The difference between added sugars—like those found in cola, candies, granola bars, store-bought sauces, and flavored yogurts—and natural sugars like the ones in fruit or whole grains is like night and day. Natural sugars, when consumed as part of whole foods—like an apple—are coming as part of a rich nutritional package. In addition to sugar, you’re getting fiber, antioxidants, and a host of naturally occurring vitamins and minerals.

The fiber fights against spikes in blood sugar, negating the effects of insulin spikes caused by added sugars. Ultimately, this leads to a lower risk for type-2 diabetes, weight gain, and high cholesterol. In addition to fiber, the antioxidants, vitamins, and minerals in fruits and whole grains can fight back against inflammation and encourage better health, while added sugars promote inflammation and illness.

According to nutrition guidelines, women should consume no more than 26 grams (about six teaspoons) of added sugar each day. To put that in perspective, it’s about 2/3 of a can of cola (or another sweetened drink) or one-and-a-half flavored yogurts. Men are told to have no more than 38 grams. But really, trying to stay even lower is ideal.

Lowering added sugar intake is something you can achieve in a few steps. The first is to start reading labels and avoiding most processed/packaged foods. You can start swapping out sauces for marinades and seasonings, which do not have the same added sugar content. Limiting intake slowly and gradually is a good idea to wean yourself off. The less you eat of it, the less you’ll want it and cravings will soon subside.

When it comes to sugar and satisfying the sweet tooth, reach for fruits or vegetables like carrots. Indulging yourself on special occasions with a sugary treat is fine, and you’ll likely notice you eat way less of it!