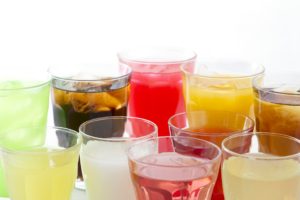 Lead author of the study Vasanti Malik explained, “Our results provide further support to limit intake of SSBs and to replace them with other beverages, preferably water, to improve overall health and longevity.”

Studies have shown that sugar-sweetened beverages – carbonated and non-carbonated – are the single largest source of added sugar in an Americans diet. Although the consumption of these beverages has reduced over the years, 10 percent of many American adults’ calories still come from these beverages.

Walter Willett, professor of epidemiology and nutrition, concluded, “These findings are consistent with the known adverse effects of high sugar intake on metabolic risk factors and the strong evidence that drinking sugar-sweetened beverages increases the risk of type 2 diabetes, itself a major risk factor for premature death. The results also provide further support for policies to limit marketing of sugary beverages to children and adolescents and for implementing soda taxes because the current price of sugary beverages does not include the high costs of treating the consequences.”