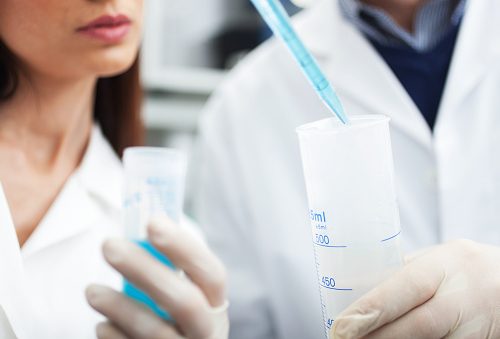 Researchers from the University of Toronto are closer to a possible explanation for Amyotrophic Lateral Sclerosis (ALS). ALS is a chronic neurological disease that does not currently have a cure. The researcher’s findings may bring doctors a step closer to improved treatment for both ALS and dementia.

The research team conducted their study in an often overlooked area of ALS where they found new ways that the disease is killing nerve cells. Professor Dr. Peter St. George-Hyslop said, “These are dreadful diseases – the more we know about how they work, the faster we’ll find treatments or even a cure.”

Many cases of ALS are caused by a toxic build-up of certain proteins, which leads to nerve cell death in the brain and spinal cord. As a result paralysis and suffocation occur, putting life expectancy of individuals with ALS around five years. Studies have shown mutations that cause ALS and create the protein that causes the cells to die. Researchers did not believe this protein build-up was important because it was different than protein build-ups seen in other diseases, such as amyloid or alpha-synuclein.

Years ago, Dr. St. George-Hyslop decided to look into these protein build-ups and with the help of other researchers they decided to focus on the FUS protein, where they discovered other lumps of proteins that could contribute to nerve damage in ALS.

FUS normally plays a role in healthy neurons, but the research team discovered FUS has the ability to change into a liquid or a gel. When this occurs it allows FUS to collect other cellular components necessary for the creation of new proteins, which are delivered in compact, concentrated forms to the outer edges of neurons. When it reaches the destination the gel becomes liquid and releases the cellular components that allow for protein synthesis.

The researchers found that when mutations of FUS occur, changes in the property of the protein happen so that the gel becomes too dense and does not re-melt or release the cellular components. When this occurs the cells cannot stay healthy.

Dr. St. George-Hyslop said, “This kills the nerve by throttling it and preventing it from making new protein in the parts of the cell that desperately need it. The mutations force the gelling process to go further than it should have gone.”

Further research will attempt to prevent the solidification of the gel to reverse hardening as a means of preventing ALS and frontotemporal dementia.