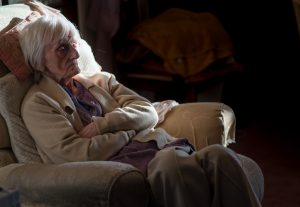 A new study from the Max Planch Institute for Human Cognitive and Brain Sciences and the University of Münster finds that depression caused by cardiovascular diseases plays a smaller role in seniors compared to younger people. It was previously unknown whether age influenced the likelihood of suffering from depressive mood or depression.

Smoking has previously been shown to be a higher risk factor for high blood pressure, obesity, heart disease, and diabetes. But this new study shows that the risk of being affected by depressive mood or depression also increases. The more risk factors the smoker has, the higher the chance of depression.

Researchers investigated the relationships between risk factors and depression with the help of the longitudinal study, “English Longitudinal Study of Aging,” in which more than 18,000 people in Great Britain participated over a period of 12 years. Data were analyzed for more than 7,000 people over the age of 50 who had not yet suffered a heart attack, stroke, or dementia. High blood pressure, diabetes, smoking, obesity, and high cholesterol were all considered risk factors.

Every two years, the extent of depressive mood was recorded along with the calculation of depressive symptoms as a function of risk factors and age. Growth models were used to help calculate the development of individuals over the years. This resulted in a curve for each person, whose different courses could be explained by adding or removing risk factors. The influence of gender and education was removed accordingly.

The first author of the study, Maria Blöchl explains, “The risk factors lead to changes in the brain structure. If regions responsible for emotion regulation change in the process, the mood of those affected probably deteriorates and this can eventually lead to depression.”

Her team believes that there is likely a psychological component, and these factors usually lead to physical and psychological stress, which in turn can lead to a depressive mood. Blöchl adds, “The general health status is then often not very good and people take more medication. This is often psychologically stressful.”

Previous research has shown that older people are better able to cope with stress. They may also be better at coping with existing ailments which can lead to a different way of dealing with symptoms of illness and prevent depressive moods. Further research is needed to investigate the relationship between depression and coping methods in seniors.