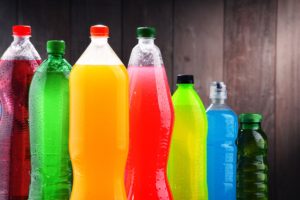 Cardiometabolic disease (CMD) is one of the biggest killers in the United States. It’s a blanket term that covers type-2 diabetes, heart attack, and stroke. A study suggests that 10 foods and nutrients may play a massive role in risk.

The study, published in JAMA, found that a small collection of foods and nutrients can have a major influence on whether or not a person is at high risk, or may die, from CMD. The researchers identified 6 foods/nutrients that people were not eating enough of, as well as four that were too prevalent in their diets. To come up with their data they relied on a variety of studies and surveys, as well as national death rates and causes from the year 2012.

When it was all said and done, they estimated that 45.4 percent, so nearly half, of all CMD deaths in the U.S. in 2012 were associated with the following foods:

Nuts and seeds: They estimated that 8.5 percent of CMD deaths were associated with an inadequate intake of nuts and seeds. Aiming for ¼ cup per day is recommended.

Seafood-based omega-3’s: 7.8 percent of CMD deaths were a result of inadequate omega-3 intake, according to the researchers. To get more, try to eat fatty fish like salmon or tuna 3-times per week.

Vegetables: Eating five servings of vegetables each day may help reduce the risk of CMD. One serving is about a cup, so having a cup with each meal, as well as a snack time during the day, may help. Low vegetable intake was believed to contribute to 7.6 percent of CMD deaths.

Fruits: Fruit, rich in heart-healthy fiber and antioxidants, can also play a strong role in reducing the risk of CMD-related death. Four servings per day, with or between meals, is recommended.

Polyunsaturated fats in place of saturated fats or carbohydrates: Eating about two tablespoons of a healthful fat, like olive oil, in place of butter is one way to do it. You could also have a tablespoon or two of peanut butter as a snack instead of a toast or a muffin.

Sodium: Too much sodium accounted for 9.5 percent of CMD deaths, according to the study. Sodium can be reduced by avoiding processed foods, packaged sauces, bread, rolls, and salad dressings.

Sugary beverages: Cut out sugary drinks like soda and specialty coffees, instead opting for water, coffee, or tea.

Red meat: Too much red meat was associated with a small 0.4 percent increase in risk. Limit red meat to about one serving per week, and look to white-meat or plant-based alternatives.

The study, of course, is not free from limitations. It does not indicate that changing intake of these items would reduce CMD risk, or that these foods necessarily cause or prevent CMD. That said, the healthier your diet is, the lower your risk for type-2 diabetes, heart disease, and stroke.