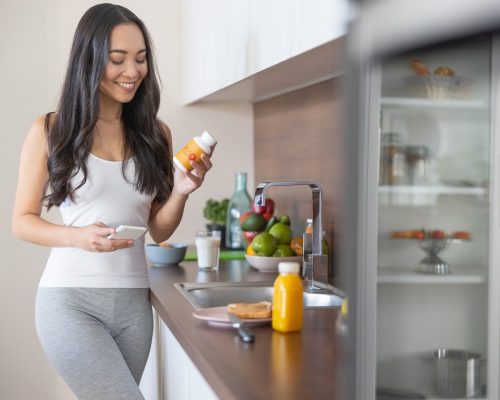 The usefulness of multivitamins is hotly debated. Many contend that they are a waste of money for most people, while others suggest they may help specific segments of the population.

A recent study looked to shed some light on the topic.

It found that older adults who took a daily multivitamin and mineral supplement, along with 10 mg of zinc and high levels of vitamin C, received a noticeable boost in immune strength compared to those taking a placebo.

What exactly did it do? The supplement group experienced shorter and less severe illness symptoms to conditions like a common cold than the placebo group.

It was a small study featuring only 45 people between the ages of 55 and 75, but the results did indicate that the supplements were able to boost targeted immune actors and potentially rectify any nutrient deficiencies among participants.

A host of nutrients, including vitamin A, C, D, and E, as well as minerals like iron, play a significant role in immune health.

Overall, the group that took the multivitamin reported fewer illness symptoms when they fell ill, and they were only sick for less than two days. On the other hand, the placebo group experienced harsher symptoms and had illness last, on average, more than six days.

Research suggests that roughly one-third of older adults are deficient in at least one micronutrient and often more. This shortage may contribute to immune strength, which has a tendency to go down with age.