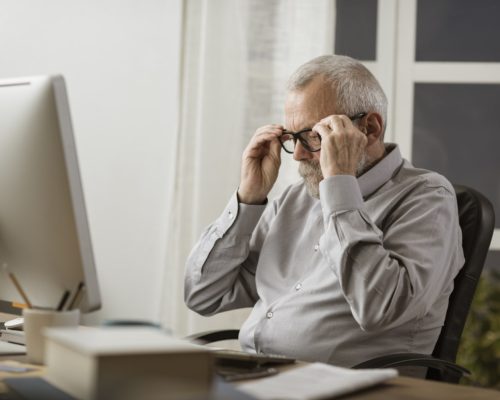 A widely prescribed drug for a bladder condition has now been linked to vision problems, according to a new study. The part of the eye affected appears to be the retina, the light-sensing tissue at the back of the eye that allows vision.

More than one million people in the United States are estimated to have intestinal cystitis, which causes chronic pain in the bladder and pelvis area. Elmiron is the only FDA-approved drug to treat the symptoms associated with the condition, and hundreds of thousands of patients have been exposed to the drug.

An initial report published in 2018 showed that the drug, Elmiron (pentosan polysulfate sodium), may be associated with retinal damage. Nieraj Jain, M.D. of Emory Eye Center in Atlanta led the study that showed how six patients who had been taking Elmiron for an average of 15 years had developed unusual changes in their macula. All six patients had no medical history or diagnostic tests that could explain the subtle but striking pattern of abnormalities. This study is what helped raise a warning that long-term use of Elmiron could damage the retina.

To follow up with these partial findings, three ophthalmologists conducted a review of patients at Kaiser Permanente in Northern California.
They found that approximately one-quarter of patients who took Elmiron showed significant signs of eye damage and that this medication toxicity could be mistaken for other known retinal conditions. These conditions include pattern dystrophy and age-related macular degeneration.

The research presented at the Annual Meeting of the American Academy of Ophthalmology showed how they started out the research process by looking at one patient in particular who was on long-term treatment of Elmiron and was misdiagnosed as having retinal dystrophy. This led the team to then examine Kaiser’s entire database of 4.3 million patients.

“It’s unfortunate,” said Dr. Vora. “You have a patient with a chronic condition like interstitial cystitis, for which there is no cure and no effective treatment. They get put on these medications because it’s thought to have few side effects and few risks, and no one thinks about it again. And year after year, the number of pills they’re taking goes up and up.”

As it is still unclear how much medication will put a patient into a toxic level, Dr. Vora recommends patients who show no signs of toxicity to be screened for retina damage at least once a year. For those who do show any sign of toxicity, he recommends discontinuing the medication.
This research does show that if identified early, the damage to the retina could be mitigated by stopping the medication. If you are currently taking the medication Elmiron, speak to your doctor about possible toxicity, and your options.