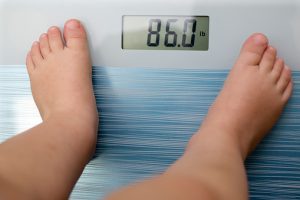 Obesity is an undesired trait and the cause of several negative health effects that may lead to premature death. Strokes can also be an unwelcome consequence of poor health choices, which obesity is. However, a new study finds that people who are overweight or even mildly obese survive strokes at a higher rate when compared to normal weight individuals.

This correlation is a paradox. How can a potential cause of stroke result in increased survival rates?

Strokes claim nearly 185,000 lives each year in the United States. They happen because of poor blood flow to an area of the brain, depriving brain cells of oxygen. This deprivation leads to cell death and can either result in death or severe disability. Strokes are the fifth leading cause of death in America.

The study in question followed a group of previous stroke victims over time, measuring BMI prior to their stroke. These participants were from the Framingham Heart Study (FHS). The participants were when matched with similar FHS participants of similar age, sex, and BMI category to see if obesity had any effect on survival over 10 years.
“We found that participants who were overweight or mildly obese had better survival after stroke than normal weight participants and the survival benefit was strongest in males or in those younger than age 70,” said Hugo J. Aparicio, MD, MPH, assistant professor of neurology at Boston University School of Medicine and FHS investigator.

The researchers do not want to promote obesity as a protective factor against stroke, when in fact, it can cause it. They stress that the results do not prove that obesity is protective in the overall population.

While the reasons for this observed result aren’t quite understood, it is thought that perhaps the stress of having a stroke may trigger some sort of mechanism in obese individuals—like a “metabolic reserve”—helping them survive after a stroke.

“Nonetheless, observing this so-called ‘obesity paradox’ has important clinical implications and it is essential for clinicians and researchers to better understand the role of body weight in recovery after stroke so that they can make proper recommendations on weight loss or weight maintenance,” said Aparicio.