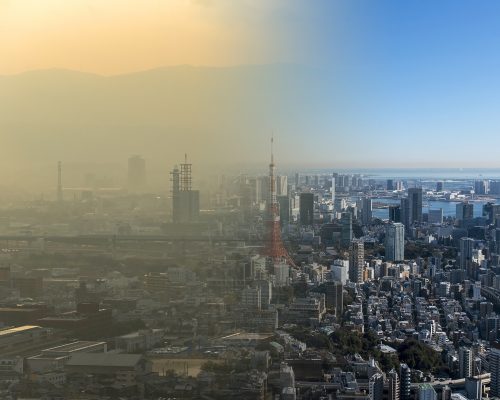 New research shows that exposure to ozone, the main ingredient in smog, may increase cardiac arrest risk. A new study highlights the danger of air pollution and how even levels deemed safe by federal safety standards could lead to cardiovascular events.

For the study, researchers analyzed records of air pollution concentrations between 2013 and 2018 in the neighborhoods of more than 187,000 people who had a cardiac arrest in 28 states. Two types of pollution were compared—ozone and fine particulate matter from two weeks before a person’s cardiac arrest to levels on the day their heart suddenly stopped beating. It was concluded that as ozone levels rose, so did sudden cardiac arrests.

“There’s been a lot of evidence showing that air pollutants cause cardiovascular disease,” said Dr. Ali Malik, a cardiology fellow at Saint Luke’s Mid-America Heart Institute in Gladstone, Missouri. “We wanted to address the worst thing that can happen outside the hospital, which is to just drop dead from cardiac arrest, and how air pollutants play a role in that. We found that on days when ozone was high in ambient air, the risk of having an out-of-hospital cardiac arrest was higher.”

Previous studies have found a relationship between pollution from fine particles and the risk of death from heart disease. This type of pollution consists of tiny fragments measured at less than 2.5 micrograms that can be inhaled and are invisible to the naked eye. But this new study was the first to find a correlation between cardiac arrest and ozone.

This study is important as ozone has never before been linked to a rise cardiac arrests and the concerning low levels that could put many people at risk. Air pollution contributes to an estimated 6.7 million deaths per year worldwide, a large percentage of which are heart-related.

This evidence suggests that since health effects continue below the current regulatory levels for ozone and fine particulate matter, more needs to be done to counter these levels. Reducing fossil fuel emissions and a shift towards clean energy is suggested by researchers.

Dr. Sanjay Rajagopalan, the co-author of the study, suggests that there are ways people can reduce their health risks from exposure to air pollution caused by fine particulate matter both at home and in areas that may be heavily polluted. Portable air cleaners, personal air-purifying respirators, and automobile air filters can help clean the air. He also suggests avoiding exposure to areas with high levels of pollution and staying indoors, and closing windows if living in highly polluted areas.