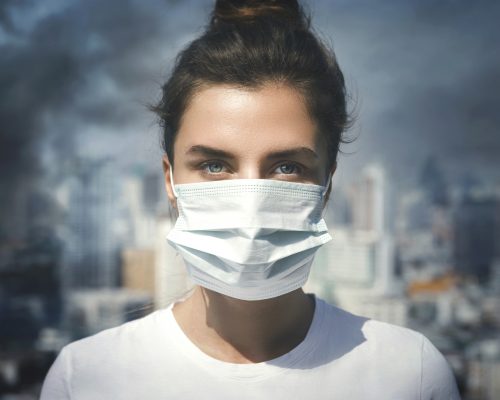 A new study published in the American Academy of Neurology suggests that air quality standards may affect the risk of dementia in older women. Those who live in locations with higher levels of air pollution may have more brain shrinkage, the kind seen in those with Alzheimer’s disease.

The study, which analyzed fine particle pollution, focused on microscopic particles of chemicals, smoke, dust, and other pollutants suspended in the air. These particles are no larger than 2.5 micrometers, which is 30 times smaller than the width of a human hair.

Study author Diana Younan, Ph.D., said, “Smaller brain volume is a known risk factor for dementia and Alzheimer’s disease, but whether air pollution alters brain structure is still being researched. Our study found that women in their 70s and 80s who were exposed to the higher levels of air pollution had an increased risk of brain changes linked to Alzheimer’s disease over five years. Our research suggests these toxins may disrupt brain structure or connections in the brain’s nerve cell network, contributing to the progression toward the disease.”

For the study, researchers involved 712 women with an average age of 78 who did not have dementia at the start of the study. All participants received an MRI brain scan at the beginning of the study and once again at a follow-up five years later. Health histories were provided, including information on race-ethnicity, employment, education, alcohol use, smoking, and physical activity.

The residential addresses of each participant were used to determine their average exposure to air pollution. They were divided into four equal groups depending on the level of pollution found in their neighborhood. The lowest group was exposed to an average of 7 to 10 micrograms of fine particle pollution per cubic meter of air (μg/m3), and the highest group was exposed to an average of 13 to 19 μg/m3. According to the U.S. Environmental Pollution Agency (EPA), the average yearly exposure is up to 12 μg/m3 to be considered safe.

After five years of data, researchers were able to assign scores to each participant based on how similar they were to Alzheimer’s disease patterns identified by the machine learning tool. Scores ranged from zero to one, with higher scores being associated with more brain changes. Overall, the women’s scores changed from 0.28 at the start of the study to 0.44 five years later.

For each 3 μg/m3 increase in air pollution exposure levels, researchers found an average increase of 0.03, showing a larger brain shrinkage rate over five years. This is equivalent to a 24% increased risk of Alzheimer’s disease. The results were adjusted for age, education, employment, cardiovascular disease, high blood pressure, and other factors that could affect brain shrinkage.