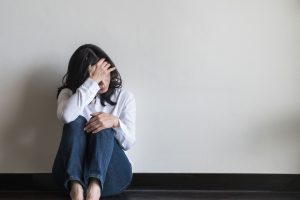 According to research, approximately one-third of people who had a large vessel ischemic stroke returned to work three months after treatment with mechanical clot remover. However, women were only half as likely to return to work after a severe stroke compared to men.

A stroke due to a blockage in a large blood vessel is an indicator of a severe stroke. This has the potential to continue loss of function, making it less likely that people will return to work.

The study published in Stroke examined data from the German Stroke Registry, which included more than 600 men and women aged 18 to 64 years old who had a large vessel ischemic stroke between 2015 and 2019. All participants were employed prior to their stroke and were treated with mechanical thrombectomy. More than half of the study participants received a clot-busting medication called intravenous thrombolysis.

The study involved comparing people who returned to work 90 days after being treated to those who did not resume work. After accounting for various factors, including age, sex, health conditions, and stroke severity, researchers found about one-third of the stroke survivors resumed work three months later.

Marianne Hahn, M.D., lead study author said, “After examining the data further, we also found that women in our cohort were younger at the time of their stroke, were more likely to be nonsmokers and were more likely to have no existing significant disability when discharged from the hospital compared to the men in our study. Despite having more of these favorable characteristics for return to work, we did not observe a higher reemployment rate among women before considering these differences.”

Researchers do warn that their study was limited in the data as it lacked detailed information about the types of jobs and available employment opportunities. These limitations may play a decisive role in whether people returned to work after a stroke.

Leading Cause of Death

Stroke is the 5th leading cause of death in the United States and a leading cause of disability, according to the American Heart Association. It is vital to take steps to help  reduce the chance of stroke, including getting proper exercise, eating a healthy diet, and getting the recommended daily vitamins and nutrients.

While some degree of cognitive decline is nearly inevitable as you age, other numerous factors can take a toll on the ability of the brain to function at peak potential. This can affect memory, concentration, and overall brain function.

The Smart Pill can help to enhance cognitive function and memory through 9 ingredients that help to support, nourish, and maximize brain health. These include ginkgo biloba, huperzine A, bacopa extract, rosemary extract, and a B vitamin complex. This unique formula helps boost circulation, fight free radicals, and provide nutritional support to assist with cognitive function.