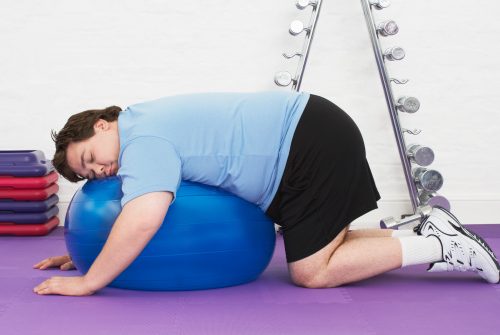 A new study conducted on mice revealed why obese individuals find it difficult to stick with an exercise program. The researchers found that in obese mice the brain may encourage inactivity.

Study senior author Alexxai Kravitz explained, “We know that physical activity is linked to overall good health, but not much is known about why people or animals with obesity are less active. There’s a common belief that obese animals don’t move as much because carrying extra body weight is physically disabling. But our findings suggest that assumption doesn’t explain the whole story. Other studies have connected dopamine signaling defects to obesity, but most of them have looked at reward processing — how animals feel when they eat different foods.”

“We looked at something simpler: Dopamine is critical for movement, and obesity is associated with a lack of movement,” Kravitz added.

As part of the study, the researchers divided the mice into two groups. They fed normal diet to one group and a high-fat diet to the other. The high-fat fed mice put on weight but prior to the weight gain the researchers noted that they began to slow down as well. The researchers suggest that mice on high-fat diets had less receptors that process dopamine. Additional research found that weight gain was compounded as a result of inactivity.
“In many cases, willpower is invoked as a way to modify behavior. But if we don’t understand the underlying physical basis for that behavior, it’s difficult to say that willpower alone can solve it,” Kravitz added.

Additional research is needed to better understand brain changes which occur in weight gain as not all results on mice are applicable to humans.