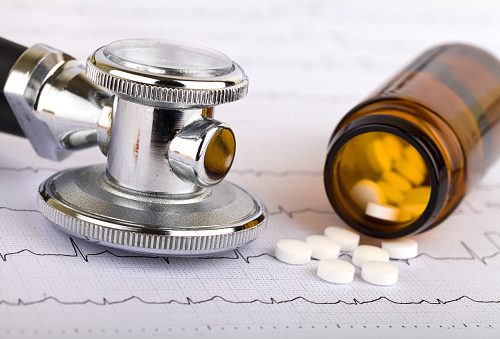 High blood pressure—hypertension—is a condition where the force pushing blood through the vascular system in increased. It is estimated that about 75 million Americans have this disease and only half have it under control. In the U.S., high blood pressure caused 410,000 deaths in 2014 alone. It is considered the single most important risk factor for health loss and premature death globally. Yet, a study found that a good number of hypertensive patients are not taking their blood pressure lowing medication.

Hypertension is a silent disease

Most people with high blood pressure do not know they have it, as initially, no symptoms are appreciated. However, years later, symptoms of cardiovascular disease, kidney disease, or even stroke can suddenly appear. The human body is quite resilient and will compensate for the increase in blood pressure for as long as it can. Unfortunately, there comes a point where your organs and tissues begin to reach their limit, leading to health complications.

The study in question sought to uncover the number of people being non-compliant with their medication. Previous studies have found that the medication is effective, yet target blood pressures are only achieved in 40 to 50 percent of prescribed patients. Medication is not being taken correctly or at all, according to researchers.

Using a mass-spectrometry technique to examine blood and urine, the researchers were able to assess samples taken from 1,400 people. The results allowed them to easily see whether the patient was taking the medication.


The rate of non-compliance is staggering

“We suspected that some patients haven’t been taking their medications on a regular basis but this analysis shows how high that figure is. Clearly, the more blood pressure lowering drugs are prescribed, the higher the risk that the patients will not be taking them on a regular basis. We also showed that diuretics are particularly poorly taken,” said professor Maciej Tomaszewski from the University of Manchester.

The results of this study are truly humbling and frankly quite surprising. While this study was not carried out in America, it’s safe to assume that they translate.

Older methods of diagnosing high blood pressure may be inaccurate