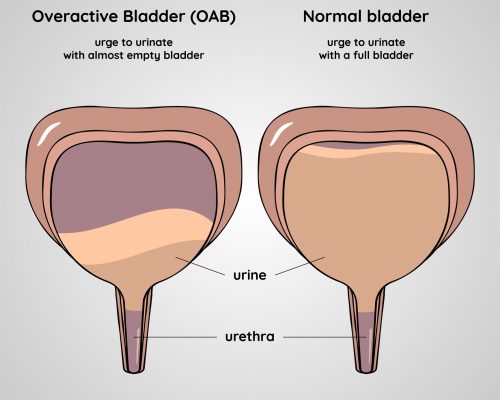 A team of researchers from the University of Alberta have found that an overactive bladder could put older adults at a higher risk for falls. The study published in the journal PLOS ONE is the first of its kind to find that urinary incontinence could be a distraction that increases the risk of falling.

Falls are one of the leading causes of accidental death in seniors, and research is showing that those with bladder control problems could be twice as likely to fall. Although there has previously been a lack of evidence showing a link between overactive bladder and falls, researchers hope this new study is a jumping-off point because they have now demonstrated that the sensation of bladder urgency is a source of distraction.

For the study, 30 older adults diagnosed with overactive bladder were studied along with the help of the gait lab in the Syncrude Center for Motion and Balance at the Glen Rose Rehabilitation Hospital.

Participants were instructed to walk the length of the lab and back first under normal conditions, then while doing a simple cognitive test at the same time, and lastly, after drinking enough water or tea to make them feel the urge to go to the bathroom. 3D capture technology was used to take highly accurate measurements of gait and joint positions.

It was found that the feeling of urgency from a full bladder induced similar changes in gait in participants caused by the distracting task. Their gait tended to become slower and narrower, which has been previously associated with an increased risk of falling.

Author of the study William Gibson said, “Being balanced and walking requires some cognitive inputs, and for young, healthy people, they don’t have to think about walking. But when you’re older, with changes to the brain, it requires more cognitive input to maintain balance. If you’ve then got a distracting factor of your bladder, it makes you more likely to fall.”

Researchers are now looking to further explore whether treating incontinence has any effect on falling risk. Treatments for overactive bladder include medications, physiotherapy, and special training to reduce incontinence.