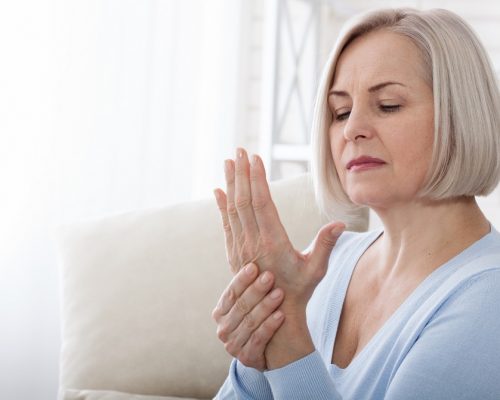 Worldwide, 200 million people are affected by osteoporosis, and more than 35 million by dementia. Both bone loss and cognitive decline are considered ‘silent diseases’ that can go undetected and untreated for long periods. It is often only until the conditions are severely progressed that they are diagnosed.

This new study suggests that cognition should be monitored together with bone health, as a decline in one condition could mean a decline in the other. These findings may refine current guidelines of how bone health and cognition are monitored in older age. If monitored correctly, appropriate treatments can then be more effectively administered.

For the study, researchers used data from the Canadian Multicentre Osteoporosis Study (CaMos), which recorded skeletal health in people living in the community since 1995.

A total of 1,741 women and 620 men aged 65 and older had their cognitive and bone health measurements analyzed. None of the participants had cognitive impairment at the beginning of the study.

After adjusting for all variables, a significant link between bone loss and a decline in cognitive health was observed in women. The association was not statistically significant in men.

Researchers also noted that cognitive decline over the first five years was associated with a 1.7-fold increase in future fracture risk in women in the following 10 years.

“While this study could not identify a causal link—whether a decline in cognitive function leads to a decline in bone loss, or vice versa—it suggests that cognitive decline should be monitored along with bone health, as a decline in one may signal the need for increased vigilance in the other,” said Jacqueline Center, senior author.

The conclusion of the study noted that the link between the two conditions could potentially be mediated by a third factor, such as estrogen deficiency. Many women after menopause have an estrogen deficiency, which has been independently associated with bone loss and cognitive decline, including dementia.

Overall, this study highlights the importance of monitoring certain conditions that may be associated, such as cognitive impairment and bone loss. By providing more information to doctors and patients, health outcomes may improve for the older population.