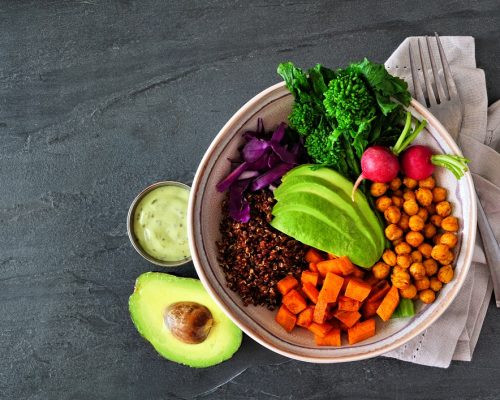 The longstanding debate between experts about the impact of low fat and plant-based diets on heart disease may have finally been settled thanks to a new study. The research showed that after following more than 4,700 people over 30 years, a plant-centered diet was associated with a lower long-term risk for cardiovascular disease, and both types of diets were linked with lower LDL or bad cholesterol levels.

The guidelines in the United States and Europe have long recommended eating low amounts of saturated fat because of the high rates of heart disease. Although this is not necessarily wrong, this new study shows that plant-centered diets can also lower bad cholesterol and may be even more effective at addressing heart disease risk.

The low-fat diet is based on the Key Score, a formulation of the “low saturated fat” message, which mainly focuses on saturated fats but can also include polyunsaturated fat and dietary cholesterol.

The study analyzed data from participants in the four U.S. clinics of the Coronary Artery Risk Development in Young Adults study (CARDIA), which enrolled 5,115 Black and white men and women in 1985-1986. Over the 30 years of follow-up, 280 cases of cardiovascular disease were reported, 135 cases of coronary heart disease, and 92 cases of stroke among the study participants.

Researchers conducted three detailed diet history interviews over the follow-up period to record the participants’ eating patterns. Participants were required to list everything consumed in the last 30 days, broken down into categories.

For example, if someone had reported eating meat, they would be asked what type of meat items and how much was consumed. Researchers used this information to calculate scores for all participants based on both the Keys Score of the A Priori Diet Quality Score (APDQS), which captures the plant-centered diet.

Various factors were taken into account such as socioeconomic status, education level, energy intake, history of cardiovascular disease, and more. After the study, it was noted that participants who had a more plant-based diet (higher APDQS Scores) and consumed less saturated fat (lower Keys Scores) were both associated with lower LDL levels.

However, these lower LDL levels did not always correlate with a lower future risk of stroke. Higher APDQS scores, but not lower Keys Scores, were strongly associated with a lower risk for coronary heart disease and stroke.

“Based on our study, we suggest that people incorporate more nutritionally-rich plant foods into their diets,” concluded study author Yuni Choi, Ph.D. “One way to do this is to fill 70 percent of your grocery bag with foods that include vegetables, fruits, whole grains, nuts, legumes, coffee, and tea.”