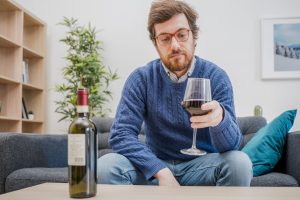 Those who have atrial fibrillation (AF) may want to steer clear of alcohol. According to new research by UC San Francisco, alcohol consumption could substantially increase the chance of the heart rhythm condition within a few hours.

This study goes against some previous studies that suggested alcohol could be “cardioprotective.” But researchers are firm on their belief that those with atrial fibrillation should avoid alcohol. Even one alcoholic drink has been found to increase the risk of an irregular heartbeat.

As the most common heart arrhythmia, the research surrounding atrial fibrillation has largely focused on risk factors for developing the disease and therapies to treat it. This new study aimed to find the factors that determine when and where an episode may occur. This is an important contribution to the science of atrial arrhythmia because it can lead to loss of quality of life, high healthcare costs, stroke, and even death.

Researchers analyzed 100 patients who had atrial fibrillation and consumed at least one alcoholic drink per month for the study. All patients were recruited from the general cardiology and cardiac electrophysiology outpatient clinics at UCSF. Those with a history of alcohol or substance abuse were excluded.

Each participant wore an electrocardiogram (ECG) monitor for four weeks and was advised to press a button whenever they had an alcoholic beverage. There were also fitted with an alcohol sensor, and blood tests were periodically given over the four weeks. Participants consumed an average of one drink per week throughout the study period.

“The effects seem to be fairly linear: the more alcohol consumed, the higher the risk of an acute AF event,” said Marcus. “These observations mirror what has been reported by patients for decades, but this is the first objective, measurable evidence that a modifiable exposure may acutely influence the chance that an AF episode will occur.”

The study adds to previous evidence that suggests the occurrence of atrial fibrillation might be neither random nor unpredictable. Understanding the triggers may be a way to identify and modify treatments for an acute heart arrhythmia episode.