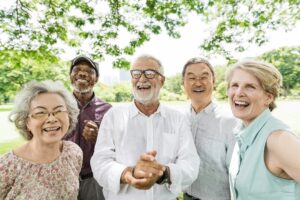 Older adults aged 40-70 years are at risk for undiagnosed type 2 diabetes, finds a new study. The research, published in the journal Diabetologia, looked at data and found that screening all people in the age group would find undiagnosed cases of type 2 diabetes more than two years earlier and help people begin treatment at a much earlier stage. If you’re concerned about your risk for type 2 diabetes, be sure to talk to your doctor.

This was the first study to use real-world data from the UK biobank to determine how implementing a diabetes screening program would benefit a large population. The researchers studied UK Biobank participants aged 40–70 years who had their HbA1c measured at enrollment and followed for 2-3 months. HbA1c is commonly used to test a person’s blood sugar control. Participants’ blood sugar results were linked with their health care data, and those with pre-existing diabetes were identified.

After adjusting for pre-existing diabetes, it was found that screening initiatives in the ‘normal’ general population of adults aged 40-70 years could identify even more cases of undiagnosed diabetes and reduce the time to diagnosis by approximately two years. By identifying the risk of diabetes, physicians can help those people begin treatment at a much earlier stage in their condition.

Researchers believe that the potential for finding undiagnosed cases of diabetes could be even higher among the general population because the UK biobank is generally healthier. Black and Asian people are also underrepresented in the Biobank cohort, and they tend to have higher rates of diabetes.

The researchers concluded, “Our study provides the first population-based estimate of the impact of HbA1c-based screening on reducing the time to a diabetes diagnosis. In UK Biobank, 1.0% of those aged 40–70 years had undiagnosed diabetes, and population-level HbA1c screening could have reduced the time to a diabetes diagnosis in this group by a median of 2.2 years. Earlier diagnosis would allow earlier intervention with the potential to reduce the risk of diabetes complications, but this requires further evaluation.”

This study shows the importance of controlling blood sugar throughout life. With an alarming number of people at risk for prediabetes, steps must be taken to control and maintain blood sugar.