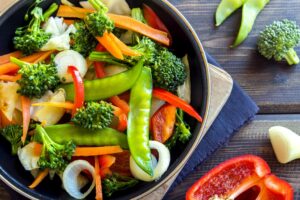 According to a new study from Brazil, adults who followed a vegetarian diet were twice as likely to experience depression than meat eaters. While the study’s authors say that their findings shouldn’t be cause for alarm for people who follow a vegetarian diet, they suggest that further research is needed to determine why this link exists.

Suppose you’re considering going vegetarian or you already follow a vegetarian diet. In that case, it’s important to be aware of this potential risk so that you can take steps to reduce your chances of experiencing depression.

Although a link was found between a vegetarian diet and depression, researchers suggest that this link exists independent of nutritional intake. The analysis published in the Journal of Affective Disorders took into account a wide range of nutritional factors, including total calorie intake, micronutrient intake, protein intake, and the level of food processing. This may suggest that the nutritional content of their diet might not cause higher rates of depression in those who eat a vegetarian diet.

Researchers used this new study to find what might explain the link between vegetarianism and depression. They set out to find if there is a non-nutritional mechanism that makes the connection or if the relationship is down to something else entirely.

During the study, researchers found that it was possible for people who were depressed to be more likely to become vegetarian rather than the other way around. Since symptoms of depression can include rumination of negative thoughts and feelings of guilt, they may be affected by the upsetting truth of slaughterhouses and factory farming. They may start to research the cruel treatment of animals in meat production and feel guilty for their part in the demand for cheap meat.

No matter the cause of depression, previous research has shown a link between depressive symptoms and cognitive decline. For this reason, it is vital to address depression and brain health.

Many factors can take a toll on the brain, affecting concentration, memory, and overall cognitive function. The Smart Pill can help counteract these effects through nine ingredients that help support, nourish, and maximize brain health and cognitive function. These include ginkgo biloba, huperzine A, bacopa extract, rosemary extract, and a B vitamin complex. This unique formula helps boost circulation, fight free radicals, and help to promote clear thinking.