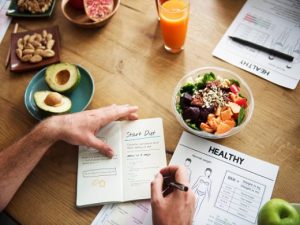 Everyone strives to be fit and healthy throughout their lives, making them go purchase expensive gym memberships and adhere to strict diet plans. While for the most part, this is sound advice that works for most people in the pursuit of losing weight and looking great, your genetics may be holding you back.

According to new research conducted at Texas A&M University, different genetics show that one diet may not fit all, and what works for some may not be the best for others.

“Dietary advice, whether it comes from the United States government or some other organization, tends to be based on the theory that there is going to be one diet that will help everyone. In the face of the obesity epidemic, it seems like guidelines haven’t been effective,” said David Threadgill, Ph.D., senior author of the study.

Looking at various types of diets among genetically similar subjects

The study in question looked at four different groups of animals, seeing how five different diets affected their health over a six-month period. Genetics of these groups were also taken into consideration, with differences between them being almost non-existent. This was done to roughly translate to the same as two unrelated people.

Test diets were American-style (high fat and refined carbs, especially corn), Mediterranean with wheat and red wine extract, Japanese with rice and green tea, and an Atkins-like diet which consists of mainly high fat and protein content with very few carbs (Ketogenic). The fifth diet was set as a control and consisted of standard commercial animal chow.

The results found that while some of the diets did work well for most subjects, one of the four genetic types did very poorly when eating the Japanese-like diet. The researchers say that this particular subject had increased fat in the liver and signs of liver damage.

Similarly, two genetic types were seen to do very badly when adhering to the Atkins-like diet, while the other two managed just fine on the others. Of the ones that had a poor response, one becomes very obese, expressing a fatty liver and high cholesterol, while the other had a reduction in activity levels gaining more body fat, but remained lean looking.

Those on the Mediterranean diet had a mix of effects, some remained healthy while others experienced weight gain.

As expected, all animal models did not do well on the American style diet. Some subjects become very obese and others developed signs of metabolic syndrome. However, other subjects showed few negative effects, and even one showed few changes at all besides having somewhat more fat in the liver.
All the effects observed on the animal models held true, even though the quantity of consumption remained unlimited.

Lead author on the study William Barrington said, “My goal going into this study was to find the optimal diet. But really what we’re finding is that it depends very much on the genetics of the individual and there isn’t one diet that is best for everyone. One day, we’d love to develop a genetic test that could tell each person the best diet for their own genetic makeup,” Barrington said. “There might be a geographical difference based on what your ancestors ate, but we just don’t know enough to say for sure yet.”