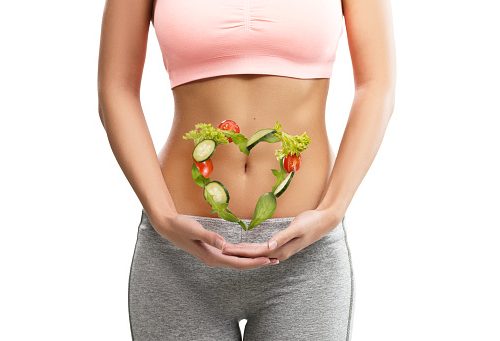 Losing weight is something that many of us would like to achieve. And once we have committed to eating right and performing regular exercise, weight loss is often obtainable. We are told that eating a high-fiber diet primarily composed of fruits, vegetables, and whole grains is the healthiest way to shed extra pounds, but for some, the bacteria in their gut may be holding them back.

New research suggests that gut microbiota play an important role in your nutrition and the development of obesity.Also, it is possible to know whether you can lose weight following a traditional healthy diet by analyzing your stool sample.

“Human intestinal bacteria have been linked to the increasing prevalence of overweight and obesity, and scientists have started to investigate whether intestinal bacteria can play a role in the treatment of overweight. But it is only now that we have a breakthrough demonstrating that certain bacterial species play a decisive role in weight regulation and weight loss,” says Professor Arne Astrup, head of the Department of Nutrition, Exercise, and Sports at the University of Copenhagen, Denmark.

The study in question looked at the relationship between two groups of gut bacteria and if they played a role in whether overweight individuals were able to lose weight on a diet following the Danish national dietary recommendations. This diet mainly consists of fruit, vegetables, and whole grains, and it was compared against New Nordic Diet guidelines that recommend mostly dairy, smoked fish, and meat, with minimal fruits and vegetables

A total of 54 participants took part in the study, which lasted for 26 weeks. On average, those following the New Nordic Diet for 26 weeks lost 3.5 kg (about 7.7 pounds). Those eating an average Danish diet lost an average of 1.7 kg (about 3.7 pounds) in the same time period.

After separating the subjects based on gut flora composition, it was discovered that those with a high proportion of Prevotella bacteria in relation to Bacteroides bacteria lost 3.5 kg more in 26 weeks when eating a diet based on the New Nordic Diet principles compared to eating an average Danish diet.

Interestingly, those with a lower proportion of Prevotella bacteria in relation to Bacteroides bacteria did not experience any additional weight loss when on the New Nordic Diet.

The researchers say that this study provides credible evidence that the composition of your gut microbiota plays a significant role in weight loss, and a healthy diet may only be part of a weight-loss strategy. But bacteria levels can be analyzed via fecal samples, and this could possibly be a way to personalize nutrition plans in the future to optimize weight loss.