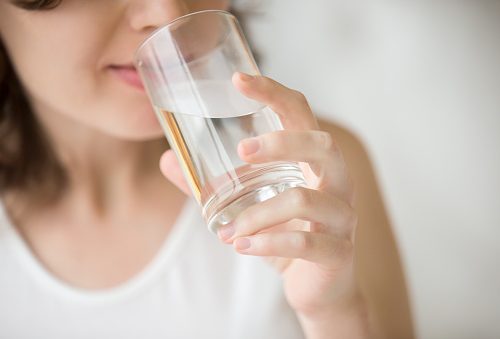 Water is one of earth’s most valuable resources. In fact, 70 percent of the human body is made up of water, making it vital for our survival. It is estimated that the average person can survive without food for three weeks, but only three days without water. Despite the importance of water, more and more people choose sugary drinks over good and wholesome glasses of water. This contributes to the rising obesity epidemic in the United States.

A new study from the Institute for Research in Biomedicine in Barcelona hopes to convince more people to put down the sugar in exchange for a glass of water. The study found that drinking a glass of water instead of beer or sugar-sweetened drinks at least once a day can reduce your risk of obesity.

How common is obesity?

Well, it affects nearly 34 percent of all Americans and 15 to 20 percent of children and adolescents. The obesity epidemic is not confined to the United States either. Researchers in Spain followed around 16,000 adults for an average of 8.5 years to assess their obesity risk. None of the participants were obese at the start, yet it was found that 900 became obese by the end.

During the study, the researchers found that those who substituted beer for water saw a slight decrease in average weight. They lost 0.7 pounds over four years. While not a huge decrease, it shows that a minor change can make a difference.
The researchers also found that replacing water with other beverages, such as whole milk, did not increase their obesity risk. Other beverages that were substituted for water included reduced-fat milk, skim milk, wine, diet soda, orange juices, and other juices.

The researchers do admit that the study cannot prove a direct cause and effect link but did their best to account for other factors. These factors included age, family history of obesity, and physical activity levels.

“[Studies] based on real interventions are needed to confirm these potential effects. As obesity carries a high risk for the development of other diseases like diabetes or cardiovascular disease, the possible effects of substituting these beverages with water is an important target to consider in future public health research,” said the study authors.