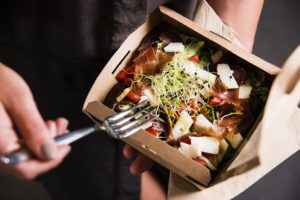 Consuming a poor diet could affect spatial memory, according to a new study. Research shows that unhealthy eating may have adverse long-term effects on spatial memory, which is just another reminder of why it’s so important to give the body the proper nutrition it requires to thrive.

The study, published in Scientific Reports, looked at cognitive function in rats when they consumed both an unhealthy diet full of foods high in fats and sugar and a regular healthy diet. Over six weeks, the rats were given junk food in intervals of either three, five, or seven consecutive days. This was separated out by a healthy diet in between cycles of junk food.

The researchers found that the rats’ spatial memory recognition was impacted according to the pattern of access to junk food. It was shown that the more days in a row the rats consumed the junk food, the more their spatial memory deteriorated.

“Anything over three days a week of eating badly impacted memory in these animals,” said Professor Margaret Morris, Head of Pharmacology from the School of Medical Sciences and senior author of the study.

She added, “We all know that a healthy diet with minimal junk foods is good for our overall health and performance, but this paper shows that it is critical for optimal brain function as well.”

For the study, researchers tested the rats’ spatial memory by familiarizing them with two objects. One of the objects was then repositioned and the rats’ ability to recognize a change in the environment was monitored. Morris explained, “A healthy animal would be more likely to explore the object that had been moved.

“What we’re trying to do is to explore how much an unhealthy diet is likely to damage us,” said Professor Morris. “We want to live and enjoy life, but we do need to temper it with healthy eating most of the time—this study certainly confirms this.”

This study added to previous research that focused on cognitive function and an unhealthy diet. However, existing research differs from this new study in a meaningful way. Previous studies have tested animals that have unrestricted access to junk food, which doesn’t resemble how food is consumed by humans.

“People tend to look at research where animals have had access to junk food 24/7 and might wonder how relevant those results are,” said Dr. Kendig. “That’s not really how people eat. We tend to alternate between days or weeks where we eat well and then days or weeks where we eat less well.”
“I think these kinds of experiments where animals have access only some of the time is a better model—I hope this paper starts to add to a more accurate idea of what happens when we eat unhealthily part of the time, not all of the time.”

This study helps to show yet another reason why it is so important to stick to a healthy diet. Vitamins and nutrients can go a long way to keeping the body not only physically strong, but also mentally strong.