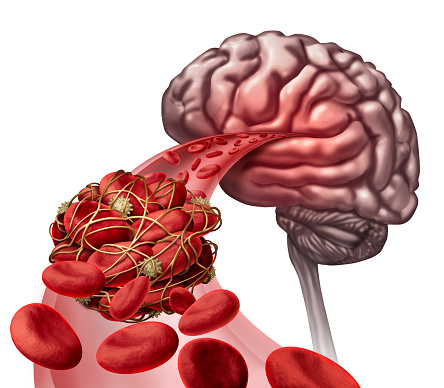 The effectiveness of existing stroke treatments can be limited by time and may cause dangerous side effects, but researchers from the Joslin Diabetes Center have found a new approach that could improve the standard treatment for strokes.

The existing treatment regimen for strokes caused by blood clots involves administering an infusion of a tissue plasminogen activator (tPA) to break down the clots and return blood flow to normal. This is known as a thrombolytic treatment, and it must take place within the first three hours after the stroke begins to be effective.

The use of a tPA may also cause bleeding and swelling in the brain, and when considered with how time sensitive it is, greatly limits the treatment. Researchers set out to improve this treatment to make it safer and more effective for stroke patients.

The team, led by Dr. Fabricio Simao, used animal models to determine whether drugs that target a specific protein being administered in conjunction with a tPA could improve the rate of recovery for stroke patients and expand the existing treatment window of three hours. The protein, known as plasma kallikrein, activates a pathway within the brain that has been linked to brain swelling and a breakdown of the blood-brain barrier after stroke. Kallikrein was found to have boosted levels in both human and mouse plasma when tPA was administered, meaning it could be responsible for the complications after a stroke.
Researchers used a plasma kallikrein inhibitor in addition to a tPA to treat blood clots in the brains of mice and found that the animals that received both drugs saw much fewer complications after treatment, while those given just the tPA experienced a higher rate of brain bleeding and swelling.

Kallikrein inhibitors have already been approved for human use in treating hereditary angioedema, and the results of this study show that adding them to the existing thrombolytic treatments for stroke could prove beneficial by reducing the risk of complications such as brain bleeding and swelling.