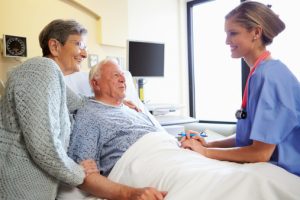 Many strokes that occur could have been prevented, but it seems that there is a greater focus on stroke treatment than stroke prevention. Advancements have been seen in treatment of stroke, which improves patient outcomes, but unfortunately stroke prevention – monitoring blood pressure, cholesterol and heart conditions – is severely trailing behind.

Neurologist, Dr. Mark Fisher, said, “The recent breakthroughs in acute stroke therapy have led to massive efforts to streamline the evaluation of acute stroke patients and institute therapy as fast as feasible. These efforts will lead to more effective mitigation of brain injury consequent to acute ischemic stroke. However, our data suggest that the difficulties faced by acute stroke patients extend far beyond the rather narrow period of emergency stroke treatment. If one takes what could be characterized as a more holistic approach to the problem of stroke, there’s a vast expansion of the window of intervention to include the very stroke prevention efforts that appear to be lacking in so many hyper-acute stroke patients.”

The research team reviewed information from 274 patients who were discharged with a diagnosis of ischemic stroke and evaluated their preventability. Their prevention scale evaluated effectiveness of treatment for hypertension and the use of antithrombotic therapy for a known cardiovascular or cerebrovascular disease.

“Stroke preventability and stroke treatability are closely associated. This emphasizes the enduring importance of stroke prevention in an era of increasingly effective stroke treatment. These findings raise the question of whether resources for acute stroke treatment are being directed toward those patients whose strokes are, in fact, the most preventable,” Fisher concluded.